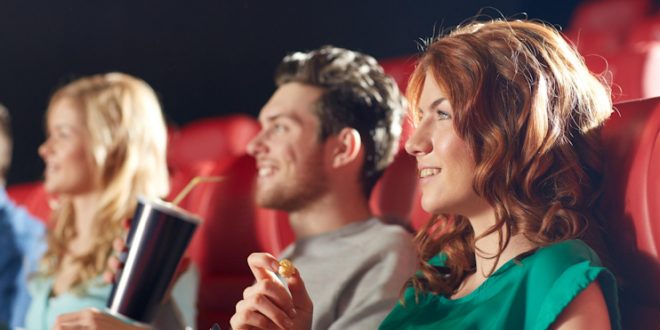 After the huge success of “I Can Only Imagine” Hollywood has embarked upon producing five more faith-based motion pictures. All but one, not yet announced, are scheduled for release in September and October. The movies are:

At a time when so many people, both Christians and within the secular culture, are sensing a buildup in world conditions and events culminating in something historically catastrophic on a global scale, people are looking for hope. These movies will also provide a refreshing reprieve from the kind of films to which the culture has become so accustomed.

I do not view having five faith-based movies all at the same time a coincidence. With all the fulfilled prophecies of the last days, the gospel will go forth, anyway it can. Though I am sure that the Hollywood producers are in it only for the money, they don’t realize to what extent they are helping to advance the Kingdom of God.  God uses the ungodly to proclaim His message.

Churches all across America and other parts of the world where these movies will be viewed need to rally around them. Let’s show Hollywood that there is a desire and a need for these types of pictures. May Christians come out in full force. Youth pastors can use them as a witnessing opportunity. Cancel church youth activities and go to the movies. Ask them to invite their non-Christian friends. Pay their way. Pastors, let your people know. Churches need to take full advantage of this opportunity to counter the messages of the secular culture. As Christians, let’s all rise to the occasion “in the furtherance of the gospel” (Philippians 2:22).

What follow-up questions might you ask a non-Christian who may attend one of more of these movies with the goal of having them make a decision for Christ?

John Livingston Clark is 67 years of age and lives in central Washington State. He has written two published books, and two published poems. His initial book is called, " God's Healing Hope: Breaking the Strongholds of Wrong Thinking." His second book, released in December of 2016, is a motivational book written to seniors titled, " Seniors: Are You Retiring or Recharging?" Both books are available on amazon. You can also view his writings on www.faithwriters.com. John is available to speak on a variety of topics. Visit me at jclarkministries.com
Previous God is With You
Next When the Bill Comes Due