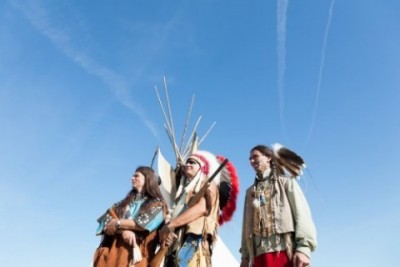 Ephesians 2:3-5 (NLT) 3 All of us used to live that way, following the passionate desires and inclinations of our sinful nature. By our very nature, we were subject to God’s anger, just like everyone else. 4 But God is so rich in mercy, and he loved us so much, 5 that even though we were dead because of our sins, he gave us life when he raised Christ from the dead. (It is only by God’s grace that you have been saved!)

The fact that Senate Majority Leader Harry Reid is actually wasting time on the senate floor discussing the name of a FOOTBALL team would leave me speechless if it were not for the fact that I am outraged by it.

He applauds the fact that the Washington Redskins trademark has been removed. He urges the owner to see “the writing on the wall.” He is lecturing on the racism of the name and how it has caused ‘so much pain’ He goes on to tell us that ‘it is just a matter of time until he (the owner) would be forced to change the name.’ ‘Be forced,‘ this should disturb everyone.

With all the extremely urgent issues going on in our country and abroad our government has no business involving itself in something so trivial as a name of a football team. It truly is ridiculous. To claim that a team has chosen a name and mascot in order to demonstrate their racism is – well, it is idiotic. A team chooses its name as a symbol of which to be proud.

Does it sound logical that an organization or owner who has disdain for a group of people, or an object… or animal, would choose to name their team after that very thing for which they have disdain? Would they honor them by naming their team after them if they felt superior to them, hold racist views, or have hatred in their hearts toward them? The answer is, no.

The tradition that the owner wishes to hold to is not one of ‘racism’ as Mr. Reid is attempting to persuade the members of the senate. Very clearly, it is the football tradition of the team, nothing more and nothing less. Where is the evidence of racism? What is it that makes this name derogatory to Native Americans? On what legal grounds has their trademark been revoked? Because there are some who feel ‘injured’ by the name?… of a team? Honestly! This doesn’t even fall into the ‘sticks and stones can break my bones,’ category. Which even still, would not rise to the level of a genuine senate concern. But this name was not even chosen to be mean or to hurt anyone. When naming a team, pride, not pain is taken into consideration.

This victim mentality that is regularly promoted is destructive. Everyone can claim they are a victim of something. While we should not ignore genuine hatred and injustice, we need to stop this paralyzing sensitivity to everything under the sun. The government is incapable of eliminating the hatred and sin in the heart of man. People will continue choose to be racist, selfish, greedy, hurtful, and insensitive if that is what they want to do. There will always be people who will be more sensitive than others and will misinterpret the words and actions of others. Government cannot change it or solve this problem. They can, however, stop perpetuating it.

Colossians 3:2-4 (NLT) 2 Think about the things of heaven, not the things of earth. 3 For you died to this life, and your real life is hidden with Christ in God. 4 And when Christ, who is your life, is revealed to the whole world, you will share in all his glory.

The world was given a Savior and he is not in Washington DC. His name is Jesus Christ and He died because we are valued by God. When we realize our worth, in light of His sacrifice for us, it prevents us from falling into this victim mentality.

Melinda is currently the worship leader at her small church in rural America. Married for 23 years, she and her husband Larry have one son. She is the Director of Mailing in the print/mailing industry by day and freelance author by night. Her desire to write is a passion borne from tragedy. God used it to take her faith to a much deeper level. Melinda is a freelance writer and member of FaithWriters. She joined the TBL team in March 2014. Believing we are citizens of a greater ‘kingdom,’ her articles for The Bottom Line examine governmental responsibility, citizen involvement and current political topics. With the great wisdom contained in scripture as her guide, she looks at today’s political environment from a Biblical perspective. She prays her words will prompt the reader to view citizenship - and every aspect of their life, through the eyes of faith. Col 3:17 To read more of Melinda’s writings on her faith, hope, and life visit her blog Still Living Still Loving or her page at Faithwriters.com. You can also follow her on Twitter @MKZbk.
@@MKBzk
Previous Toby the Mac
Next Rededication