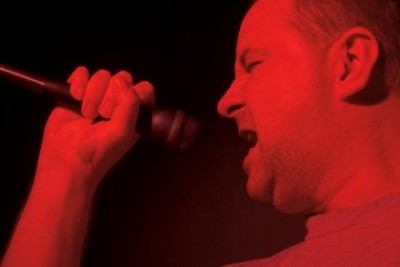 He was born Kevin Michael McKeehan, better known as Toby Mac, who has performed in Christian music as a rapper and singer since 1987. He was a member of the fabled Christian band known as “DC Talk.” The band played together until their hiatus in 2000. While Toby Mac was with the group they earned a couple of platinum albums, “Free at Last “ and “Jesus Freak” which went multi-platinum and was their most successful album.

Toby Mac launched a very successful solo career in 2001 by releasing the album “Momentum” which garnered him five Dove awards and a Grammy nomination. Along comes October 2004 and the album “Welcome to Diverse City” sold 21,000 units in the first week. The album peaked at No. 54 on the Billboard 200 chart.

Toby Mac made it big in 2007, with “Portable Sounds” which made a major splash selling 50,645 units its first week and debuted No.10 on the Billboard 200 and No. 1 on the Sound Scan Contemporary Christian Overall charts respectively. This project also mustered a Grammy nomination for” Best Pop/Contemporary Gospel Album” for the Mac. In 2010 the “Tonight” album was released and sold a whopping 79,000 units its first week on the market and debuted No. 6 on the top 200 billboard chart. But, Toby Mac did not stop there as in May of 2012, he released his fifth full length title album: “Eye on it” which achieved a feat that no Christian album has since 1997, it debuted No.1 on the Billboard 200 chart. This album sold 69,000 units its first week on the music market.

Toby Mac’s song “the Slam” was featured in the men’s NCAA clips and the NBA finals (Miami Heat, 2006). He has had many songs featured in car commercials, TV series and movies. He even had a song featured in a Super Bowl game which brought the song worldwide exposure. Toby Mac has sold about ten million albums in his career, between DC Talk and his solo ventures. He has been one of the most successful rappers /singers in Christian music.

He married his wife Amanda, who came from Jamaica, in 1994 and the couple has five children (two which are adopted) and the family lives in Franklin, Tennessee. He has touched millions of lives with his unique and diverse musical style.

Greg is a born again believer who testifies to the absolute transforming power of God's word. Greg has been called to full time ministry and He has known Jesus for most of his life. Greg received his degree in Pastoral Ministries from what was formerly Bethany University in Santa Cruz,California. View Greg blogs on iwriteforjesus.com. Greg has a book published on " To Jesus Christ the High Priest of my confession: A personal Testimony." find it on http://www.amazon.com/Christ-Priest-Confession-Personal-Testimony/dp/1507706847/ His testimony in short form is published in "Trials and Triumphs II" on http://www.amazon.com/Trials-Triumphs-II-FaithWriters/dp/1498416012/. This book is filled with 50 inspirational testimonies and is a project of Faith Writers.
Previous I Will Not Let Go!
Next Senate Worthy?