Breaking News
Home / Entertainment / Should I Only Listen To Christian Music? 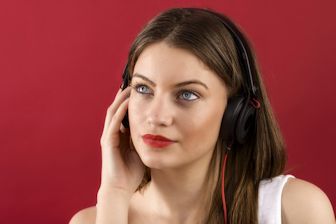 Should I Only Listen To Christian Music?

Should I Only Listen To Christian Music?

Friends, there is a lot of debate in the church about what kind of music Christians should be listening to. Some say that you should only be listening to Christian music and others say you should be open-minded to other types of music as well. I am here to say that I do not believe that it is a matter of a simple “yes” or “no” answer, but I would like to explore this with you further, so here we go.

Psalm 150 is a short but profound scripture that talks about the importance of praising God with all forms of instruments and with our voices. In fact, it even says that everything that has a voice is to praise the Lord. I believe the creatures in nature praise God with their voices, and are probably much more aware of Him then we realize. I’m sure everything from the crickets to the birds sing songs onto the Lord, and we should too.

However, I’m going to suggest that it is okay to listen to “some” music that doesn’t directly mention the Lord. I say this because I believe that this music can still bring glory to God if the music and lyrics are “safe” and represent good rather than evil.

Listening to Other Alternatives?

If you’re going to listen to an alternative to “Christian” labeled music then I believe that you should make sure that the music is pure in its intent and with how it’s being used. For example, I have no problem with things such as themes to sports teams that encourage the team to play well. However, if that theme were to suggest hurting the players of the other team, then it might not be the best theme song to be listening to. I think the same applies to music in general. Is the music encouraging good in the world? If it is, then I think it is pleasing to God.

Why? Let me give you one example. Do you generally expect a non-believer to listen to Christian music? Probably not. However, listening to music which encourages a positive heart and attitude could lead them on a path closer to the Lord, which would ultimately lead them to Him.

Say “NO” to the Lyrics

Let’s be honest. We all know there’s some music out there that we obviously shouldn’t be listening to. It tells us to do things like hurt people or resist the law. Some music tells us to be sexually promiscuous and some is even more radical than that.

“Christian” music isn’t exempt from this. We need to make sure that our Christian labeled music is what it says it is and bringing glory to God. I’ve heard music before that tries to be too much like secular music and crosses the line. The intent of the band or singer might be good, but that is not enough.

In closing, I want to encourage you to do your best in picking out good music. Maybe you don’t listen to Christian music at all. If this is the case, I would like to encourage you to try it. Find a good radio station and you may find yourself feeling lifted from whatever ails you. Also, if you want to listen to secular music, then make sure that it is positive and not destructive. What we feed ourselves is what’s ultimately going to come out of us, so let’s make sure this is a good thing. Thank you for reading and God bless.

Joel M. Bauer is a 45-year-old U.S. Army Veteran from Dunn, NC, which is just outside of Raleigh. After being honorably discharged from the U.S. Army, he attended school at Taylor University, a Christian liberal arts school, in Fort Wayne, IN, where he received his BS in social work and psychology. He has worked in such places as a homeless shelter, a community based treatment center for severe mental illnesses, a school for troubled students, and other social service agencies. His current endeavor is to build The Bottom Line website into a site that inspires both Christians and non-Christians alike, and brings glory to God.
Previous Is God on vacation?
Next God’s “Unstoppable” Plan