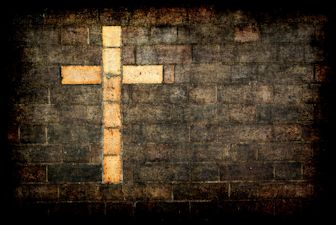 Chinese Church On The Grow

Chinese Church On The Grow

China is rapidly becoming the most Christian nation on earth. Mao Tse-Tung, who was the head of the Communist Party of China from 1938-1976 thought he would be able to silence religion, but since his departure it is thriving more than ever. In 2010, out of a population of 1.3 billion, there were 58 million Christians. Communism and religious persecution have not been able to stop the phenomenal growth.

China’s largest congregation is the Liushi Church, which seats 5,000 people with a regular attendance of 2,600. The church is monitored by the government, however, with a closed circuit camera aimed at the pulpit. Even with government controls the church in China is very strong and vibrant. The Chinese Christians are, indeed, standing up for their faith against much resistance and persecution.

In the town of Wenzhou, dubbed the “Jerusalem of the East,” the Sanjiang Church was facing demolition, even though it was state sponsored. Recently, hundreds of people joined arm to arm 24/7 all around its perimeter to keep it from being torn down. The government backed down, at least temporarily. Unfortunately, a story dated April 28, 2014 showed a picture of the church being demolished.

No matter how many church buildings are razed the Chinese government will not be able to contain the Church from growing, for it lives in the form of God’s Holy Spirit in the human heart. The Church is not a building but a body of people whose lives have been transformed by the power and grace of God through a personal relationship with Jesus Christ. People who refuse to comply with government monitoring are part of the “underground” Church meeting in people’s homes. So, one of the main reasons for the explosive growth of the Church in China is religious persecution. The government monitors religious activities, destroys churches, takes down crosses, and prohibits the printing of Bibles. Christians are being jailed, tortured, and killed for distributing literature, starting house churches, and for speaking out against social causes and the government.

The Chinese Christians are living out II Corinthians 4:8-9. “We are afflicted in every way, but not crushed; perplexed, but not despairing; persecuted, but not forsaken; struck down, but not destroyed.” Acts 5:42 is also a description of these Christians. “And every day, in the temple and from house to house, they kept right on teaching and preaching Jesus as the Christ.” The Christian influence will continue to spread. The Gideons have distributed 2.8 million Bibles. The Mandarin dialect will soon be heard broadcasting the radio program, “Unshackled.” In China “all the more believers in the Lord, multitudes of men and women, were constantly added to their number,” Acts 5:14, and by the year 2030 that number is expected to reach 247 million.

John Livingston Clark is 67 years of age and lives in central Washington State. He has written two published books, and two published poems. His initial book is called, " God's Healing Hope: Breaking the Strongholds of Wrong Thinking." His second book, released in December of 2016, is a motivational book written to seniors titled, " Seniors: Are You Retiring or Recharging?" Both books are available on amazon. You can also view his writings on www.faithwriters.com. John is available to speak on a variety of topics. Visit me at jclarkministries.com
Previous His Love Never Fails Part III
Next Will Our Pets Be In Heaven?