Breaking News
Home / Faith / Am I In Denial? 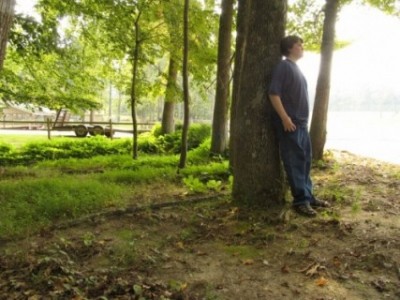 Am I In Denial?

I don’t believe in gravity.  In spite of all of the scientific evidence presented before me including my daily ability to stand upright, sit or lay down at any given time, I still don’t believe.  Call me crazy, but I just can’t because the answer is too simple to be true.  It has to be more complex than that.  It just cannot be that simple.

Does this seem absurd to you?  Of course gravity exists. How can anyone deny what they know is true?

Apply this same idea to the following scenario.  I don’t believe in God. He doesn’t exist. In light of all of all of what has been documented in the books of history including the bible, which “has proven to be more historically and archaeologically accurate than any other ancient book.” (Institute Creation Research) along with my everyday human experiences, and the visibility of the world around me, I don’t believe in God.

Both scenarios appear to have a common correlation, “believing”.  But when you take a closer look beyond the surface of the situations, you can see that the problem is not in “believing” but rather in denying.  Denying the truth of what is blatantly obvious.  I can continue to state that I do not believe in gravity, but that does not mean it does not exist.  The same can be applied when people deny the existence of God.

Everyone has a moral sense of right and wrong.  When you make a choice that is in your favor but you go about it the wrong way, something in your mind keeps surfacing and interfering with your thoughts as a reminder of the wrong choice that you have made.  Sort of like a moral compass attempting to point you in the right direction.

Where does this come from?  Why do you continue to feel guilt for your decision?  (Even if you say you don’t feel guilty-the feeling still lingers.) Because God has placed in the human mind a morality, the notion of right and wrong.  A spiritual compass to guide you in your walk of life pointing out the differences between what is good and what is evil.  “I will put My law in their minds, and write it on their hearts;…”(Jeremiah 31:33)

With the writing on your heart and the law in your mind, you can continue to say you do not believe in God or deny that He exists, but your mind and heart have been engraved with the truth and serve as an internal reminder that just because you do not believe does not mean it does not exist.

Tags Belief denial Does God exist? moral compass Why do I feel guilty?

is an author and editor for The Bottom Line Ministries as well as a member of Faith Writers. Currently she teaches high school language arts. She is a mom to four amazing blessings and enjoys every moment life has to offer. Renee has a fervor and drive to learn, she loves to read and spend time with her family, and is involved with her local church ministries. Humbled by God’s gift of words, she has a passion to write what the Holy Spirit has placed in her heart. She hopes to publish her in-progress book someday, but in the meantime, is honored to be placed as part of the TBL writing family and is holding on to the ride wherever God is leading. Renee and her family reside in their country home in Holland, Iowa.
Previous God’s “Unstoppable” Plan
Next She Loved Much