Breaking News
Home / Faith / Sign Me Up For That! 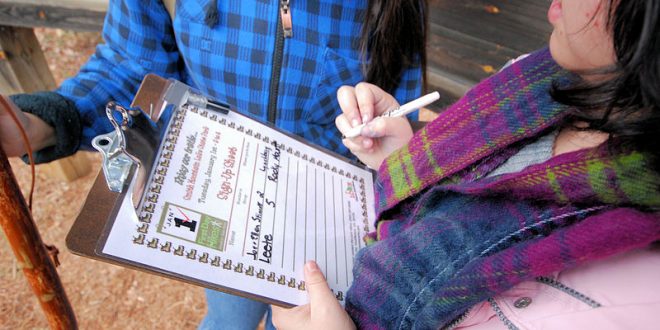 One day, a Jewish man, named Saul, was walking with purpose on his way to Damascus.  His only mission, to destroy the followers of Jesus Christ.  “Then Saul, still breathing threats and murder against the disciples of the Lord, went to the high priest and asked letters from him to the synagogues of Damascus, so that if he found any who were of the Way (followers of Jesus), whether men or women, he might bring them bound to Jerusalem” (Acts 9:1-2).

Much to his surprise, his walk became divinely interrupted causing Saul to move out of his life of leadership and luxury into the reflected opposite.  One of pure persecution and hardship. Sure sounds like a life that screams “Sign me up for that!”  A life no one would consider choosing unless they have been in the presence of the “Lord of Lords”, the “King of Kings”.

Why then would anyone choose such a miserable fret?

As a follower of Jesus Christ, I can testify that life is different!  No, the problems don’t go away, in fact, they increase.  The difference is in our perspective and outlook because of who is on our side.

Much like a frog in a pot of boiling water, we are not able to recognize the trouble we are in until it is too late.  The water was not hot when the frog was first placed inside the pot.  As a matter of fact, the frog did not even notice the slight changes in temperature because its body had adjusted to its surroundings as the heat increased.

When we are blinded from the truth and become content in accepting what is around us, we are unable to see the world for what it really is: fallen, corrupt, and under the reign of Satan.  We have a tendency to accept that this is the way life is, and I need to survive here the best I can, for as long as I am here. Stinkn’ Thinkn’, as my friend would say.

When we surrender our hearts to the Lord, we no longer live our lives enslaved to the Enemy.

We have been bought with a price through Jesus Christ!  With that purchase comes an engagement into a spiritual battle with our former owner.  His main mission is to “steal, kill, and destroy”(John 10:10) and keep us from having a right relationship with God.

The same issues we dealt with before our relationship with Jesus, caused us to feel stuck and weighed down with our burdens.  However, God has given us the ability to take captive our thoughts and reactions to the woes of life, and find a greater peace and joy in Him.  We no longer view our troubles as burdens, but growing pains of our spiritual walk with the Lord.

Saul, whom God renamed Paul, spoke of his new perspective as a follower of Jesus Christ “…for I have learned in whatever state I am, to be content:  I know how to be abased, and I know how to abound.  Everywhere and in all things I have learned both to be full and to be hungry, both to abound and to suffer need.

I can do all things through Christ who strengthens me” (Philippians 4:11-13).

Paul, suffered greatly in this world.  He was shipwrecked, whipped, beaten with rods, stoned, in perils of robbers, and of his own countrymen (2 Corinthians 11:23-28).The list does not end there, but you can grasp the idea that Paul had a difficult life.  Yet, he found greater comfort in his sufferings because he knew that to die to oneself is a gain for the Lord (Philippians 1:21).  He recognized that his citizenship is not on earth, but in heaven (Philippians 3:20).

Even though the Christian life may be strenuous and a difficult road to walk at times, it is so worth the investment!  There is a peace that surpasses all understanding (Philippians 4:7).  Much like Paul, when I am at my darkest moments ready to quit and give up, I am able to get back up and fight again. Not because of my own strength.  Far from it!!  It is through the strength of the Holy Spirit who is my comforter.

When eyes are blinded to only see as the world sees, it is no wonder no one would pick the Christian life.  Especially if the only exposure to a “Christian” is someone who wanders through life in a state of misery, complaints,  or selfishness.  That is NOT what Christianity is all about!  Instead, it is one who desires to no longer live life for themselves but to live for the One who gave them life.

Are you tired of living a life of discontentment?  Why not surrender your expectations to the One who already knows the kind of standards you are living in? It’s never too late to change whose side you are on as long as you have breath in your lungs.

is an author and editor for The Bottom Line Ministries as well as a member of Faith Writers. Currently she teaches high school language arts. She is a mom to four amazing blessings and enjoys every moment life has to offer. Renee has a fervor and drive to learn, she loves to read and spend time with her family, and is involved with her local church ministries. Humbled by God’s gift of words, she has a passion to write what the Holy Spirit has placed in her heart. She hopes to publish her in-progress book someday, but in the meantime, is honored to be placed as part of the TBL writing family and is holding on to the ride wherever God is leading. Renee and her family reside in their country home in Holland, Iowa.
Previous Does the Fear of Death Haunt You?
Next Do We Have Free Will? 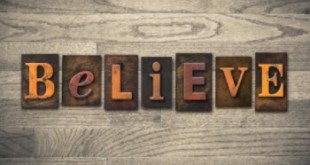 The Missing Preposition: How One Word Can Separate Us From God

Those of us who are native English speakers may not recognize the complexity of learning ...