Breaking News
Home / Faith / Are You “All In” With Jesus? 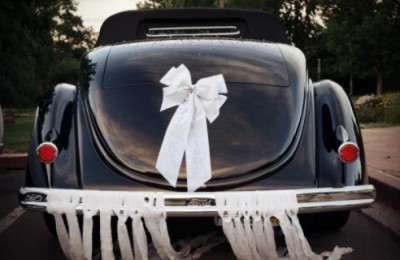 Are You “All In” With Jesus?

In Matthew 10:7-31, Jesus stressed the importance of relationship – in this case, the relationship of His disciples to Himself.  He wanted to make sure they were “all in” with Him!  He sent them out in His stead, in His name, as disciples and servants.  When He passed out the assignment sheets, He made sure those He sent possessed the necessary abilities and tools to do the job that He wanted done.  He fitted His disciples (followers) with some pretty lofty skills such as the ability to heal the sick and diseased, raise the dead, and even cast out demons.  Jesus required those who received specific assignments to depend totally upon His supernatural, heavenly supply.  They were to take no money, no extra clothes or shoes, or a staff.  They received instructions to be selective and specific about where they stayed and with whom.  They left their peace with households that received them and they withdrew their peace from places who refused them.

Jesus required some to go out on assignments being totally vulnerable.  He encouraged them to be wise, harmless, and keenly watchful concerning those who would work against them in a dangerous way.  He assured them of His presence as He instructed them, ” If you find yourself in a bad, dangerous, don’t-know-what-to-do-situation, be confident that the Holy Spirit will speak for you, through you.  Keep believing.  Don’t stop believing…NO MATTER WHAT!”  He made sure they understood that a servant represents all aspects of his or her master and that He, too, committed to “all in” to the point that He knew the number of hairs on their heads.  Even though He knew His enemies would do the same to His servants as they would do to Him, He reiterated, “Don’t be afraid”.  If we identify confidently with Jesus, then we can confidently count on Him to represent us at the Throne of God.  Jesus expects His followers to pledge sincere allegiance to Him alone.  There is a reward on even the smallest level.

Are you aware of being appointed to an assignment by Jesus?  Have you accepted that position willingly and confidently or are you shrinking back in fear?  What, in particular, do you fear?  If there were no fear factor involved, what would you do?  If you knew you couldn’t fail, would that make a difference in your obedience to Jesus and your level of peace and confidence?  Take Jesus’ advice – His command, really – “Do not fear”.  You are worth more than many sparrows to Jesus and He knows when even one of them falls to the ground.  Choose “all in” concerning your relationship with the loving, almighty, King of Kings and Lord or Lords.  He is able to keep that which you commit to Him.

I just love walking outdoors - day or night. I identify most with the creative side of God and am energized by His artistry all around this world. He amazes me every time I turn around! Yeah, God and thank you, Jesus.
Previous Finding Strength When Life Seems Impossible
Next Are You Emotionally Bankrupt?