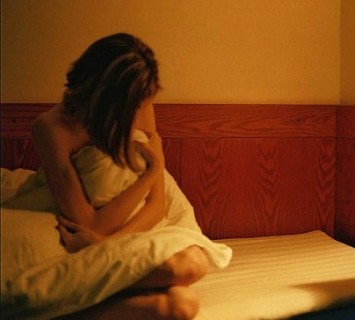 sex is spiritual even more than it is physical

Because sex is a spiritual union first

In youth groups and para church organizations there has been teaching on the physical and emotional ramifications from illicit sex, but bestselling books on the subject have had very little focus on the spiritual effects. As Christians, it’s imperative that we understand sexuality foremost from the perspective of a spiritual union.

That “the two become one flesh” (Eph. 5:31) is God’s overall picture for marriage, and includes the concept of covenant. So while two people may have nothing else on their minds but the physical, there is actually a spiritual and, in essence, legal transaction taking place in their intimacy. This is commonly called a “soul tie.”

Peter Horrobin of Ellel ministries explains sexual soul ties this way, “Intercourse is the union of flesh, when the desire of the soul is completed through bodily sexual union. Through sexual union, therefore, there is both a joining of spirit and soul and a joining of bodies. After intercourse has taken place the bodies separate, but the souls are now joined together – the marriage, as such, is complete. There is then not only a union of spirit, but also a union of soul . . . There is now a soul-tie established between husband and wife through the act of sexual union. Something of the man becomes part of the woman and something of the woman becomes part of the man. It is for this reason that as the years go by, married couples can grow like each other in so many different ways.”+

But these soul ties aren’t limited to married couples. As Horrobin goes on to say, God doesn’t suspend His laws just because we break them. Ungodly soul ties form through illict sex, and can act as a channel for demonic torment. In the act of sexual sin, just as biological infections can be passed from one person to another, demons can transfer from one person to another. This was the goal of the temple prostitution in Corinth (1 Cor. 6:16).

When a teen or anyone, for that matter, comprehends sex primarily as a spiritual act, then the ramifications of acting in accordance with the culture around us drastically change. STD’s, pregnancy, and even emotional damage are only a fraction of what is at stake; ungodly soul ties that can be a source of demonization and bondage for life can also be established through one careless act.

Has this teaching been established in your life? Or is this the first you have considered that sex is foremost a spiritual union, and not a physical one? How would your own life be different in light of this?

* Stedman, Ray. Adventuring through the Bible. © 2005 Discovery House Publishers.
+ Horrobin, Peter. “Sexual sin: what it is, what it does, and the way out.” http://ellel.org/assets/dl/peter-horrobin-article-sexual-sin-part-2.pdf

Emily Tomko's radical encounter with the Lord while at a nightclub changed her life forever and inspired her first novel, College Bound: A Pursuit of Freedom. She is the author of seven books, including 31 Thoughts on Prophecy and Leaving the Shallows: igniting the faith that overcomes the world. Her tastes tend toward vintage and she's a Germanophile, having spent a year in Bremen and Nuremberg. Emily loves the scriptures and writes with fierce compassion and a deep desire to see people freed from the miry clay of this world and walking in the truth.
Previous Former New York Jets Tim Tebow Helps Special Needs Kids
Next Let’s All Have A Dream!