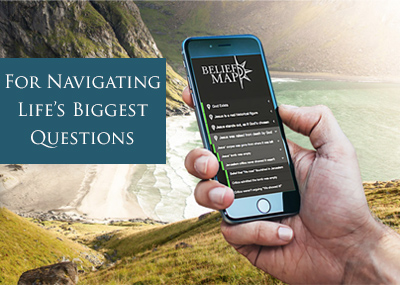 In my new book One of the Few, I combine my passion for apologetics with the power of story.

But before I was a Christian, you would have been correct to tell me, as the evil Emporer in Star Wars might have:

“You don’t know the power of the dark side.”

Neither did I know the power of the force of God.

One thing in particular helped me along on my journey from apa-theist to passionate Christian:

Before my heart could truly be open to accepting Christ, intellectual obstacles had to be removed by skilled apologists like Lee Strobel, Ravi Zacharias … 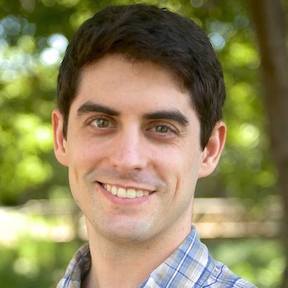 Blake Giunta is a Christian apologist and the creator of BeliefMap, an online “encyclopedic resource providing users with academically respected points and counterpoints in debates over life’s big questions.” 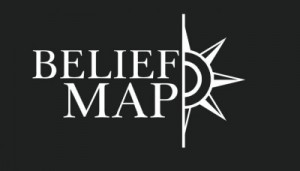 Your co-worker says the world would be better without suffering?

BeliefMap shows why that’s not a solid assumption.

A popular author says that belief in God is an evolutionary accident?

I interviewed Blake to learn more about this new apologetics tool that is still under development.

TBL: In three sentences, can you tell us about how you came to faith in Christ?

BG: Sure! I was raised in a godly home and strongly identified as Christian. However, it was not until my youth group attended an “apologetics” conference on defending the faith (per 1 Peter 3:15) that I first believed Christianity was objectively true. It was exhilarating and turned me into a school evangelist (“Wow, this stuff is true in a sense that science facts are true; it can be confidently shared with others as something they should accept!”)

TBL: Can you tell us about the moment you conceived the idea for BeliefMap?

BG: Anyone can beat a chess grandmaster if they are using a chess A.I. (like Deep Blue). BeliefMap is like that, except for apologetics. It’s an apologetics flow chart on steroids.

It started as a Word document, which became too unmanageable to use in live evangelism and conversation. So, I transferred the content to an “outliner,” where articles can be nested under other articles. Then it hit me. “Wait! Using this, I can nest colored nodes inside each other in a way that maps the debate over topics like God’s existence! It can unfold as debate would between Red nodes and Green ones!”

TBL: Who is the main audience for BeliefMap and what are its major applications?

BG: BeliefMap.org is for anyone. It is especially for anyone who wants to explore the debate over God’s existence and Jesus’s resurrection in a more conversational style. When seeking information, most people (academics and layman) prefer interrogating an expert. BeliefMap provides that for any user, starting simple and quickly growing in academic complexity only as needed. Navigating then can feel like exploring Wikipedia, but in a more conversational style.

BG: There are at least several hundred, and well over 1,000 academic quotes and citations throughout. Moreover, believe it or not, that is only a fraction of what I have in my personal notes system waiting to be uploaded. Lots to organize and incorporate!

TBL: What do you believe is the most difficult question that seekers ask about Christianity?

BG: Why, if God is all-loving and wants relationships, does He not make His existence clear to non-theists who would joyfully enter into relationship with him? This “Divine Hiddenness” is the subject of a large BeliefMap.org section I hope to upload this month or next.

TBL: Which question in BeliefMap has the longest thread of questions and answers?

BG: I spent a long time reading and collecting quotes from 20-30 academic books on the debate over Jesus’s existence, as well as countless commentaries and peer-reviewed journal articles on it. That is probably the largest section right now that scholars can sink their teeth in to (or anyone who is curious), but other sections will be catching up soon enough.

TBL: What do you say to those who discount the role of reason and argument as a part of the Great Commission?

BG: I will invite you to check out this page: https://beliefmap.org/apologetics-guide/apologetics-is-good/

You can explore six reasons:

I also respond to objections that:

Pew research says that religion is dropping in America at a rate of 1% a year, meaning that within this century we are on the path to becoming as secular as Europe (less than 8% are Christian). Barna Research group identifies 6 reasons for this, four of which are directly related to apologetics.

TBL: Are there any new developments we can look forward to in the future?

BG: There is a ton of content to add. For one, I would also like to use the map to make a live interactive video series with hundreds of videos interconnected in a way that you can click on button in the video to have a simulated conversation. I’m also working on an apologetics encyclopedia, which the site desperately needs. Right now, I’m completing a section on the problem of Divine Hiddenness.

TBL: How can people help support the BeliefMap.org project?

BG: Thanks for asking! Regarding the Barna Research groups findings mentioned above, they noted that the internet is where millennials are going now to get their hard questions answered, not their pastor. We need a strong academic presence online with answers, one that is also inviting and fun to use. BeliefMap.org Apologetics Ministry specializes in providing that.

I need regular prayers, help promoting the site (see Twitter: twitter.com/BlakeGiunta, Facebook: facebook.com/beliefmap/), and funding to be able to spend more time on the project. Regarding the financial need, only about $2,000 a month is needed to kick things into high gear. Like any funded missionary, I know the names of all the monthly donors, and BeliefMap also just got a monthly matching grant (that means donating $5 a month becomes $10, and $100 doubles to $200 a month). So if God has been tugging at your heart to get more involved in spreading the gospel, and you have the resources, consider partnering with BeliefMap.org. It’s a real opportunity to make your giving count big, and I’d love to show you what we can do. Become a supporting partner here: beliefmap.org/about-us/donate

“You don’t know the power of apologetics.”

Could the evil Emporer admonish you with such accusations?

Use the force of God to get equipped, and:

“Always be prepared to give an answer to everyone who asks you to give the reason for the hope that you have” (1 Pet. 3:15).

What apologetics resources have you found most helpful as you plant the seeds of the Spirit?

Blake Giunta is the founder of BeliefMap.org Apologetics Ministry. He has been active in apologetics for almost 10 years and in that time has presented at conferences, universities, churches, and several times on radio. Blake has also publicly debated some of the world’s most prominent atheists, including Matt Dillahunty and Dan Barker.

is an author, speaker, Marine, and father of five. He has flown the F/A-18 Hornet as a Marine Aviation Weapons and Tactics Squadron 1 (MAWTS-1) Instructor Pilot and the F-16 as an Instructor Pilot. Jason also writes about leadership, parenthood, and worldview development on FIGHTER FAITH. His book One of the Few: A Marine Fighter Pilot’s Reconnaissance of the Christian Worldview is now available on Amazon.
Previous When Someone You Love Has a Mental Illness
Next How to Prepare Your Children for Life 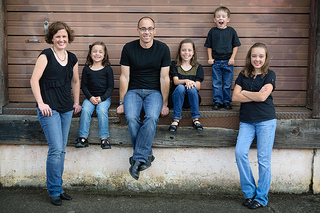 The One True Institution That’s Too Big To Fail

“Too Big To Fail” That phrase became popular following the collapse of Lehman Brothers and ...