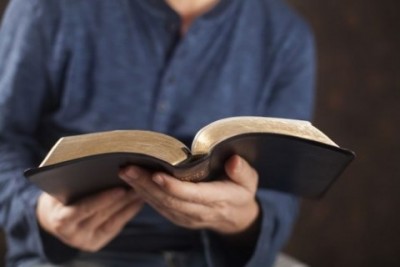 Bibles and Spiritual Rebirth in Cuba

Bibles have long been the top-selling books in the world, but for almost 50 years, since 1969, they have been banned in Cuba. However, in this island nation just off the coast of Florida, a huge shift has taken place. The ban was recently lifted! So far over 265,000 copies of the Holy Scripture have been delivered, with a goal of 1 million. They will be given not only to churches, but also to schools, prisons, and libraries. This monumental project is being handled by the Bible Commission of Cuba and Revival Fires of Branson, Missouri, directed by Cecil Todd.

The recent opening of diplomatic ties between Cuba and the United States is resulting in a surge of tourism and thus, the economy. The latest technology and access to information has begun to modernize the nation. Most importantly, however, is the huge influx of Bibles. Some believe that, along with these advances, there will be a spiritual rebirth.

This is an example of what it means to “make the most of every opportunity,” as it says in Ephesians 5:16. As Christians, we must seize the moment to proclaim the truth of scripture, especially when “a wide door of effective service has opened” (I Corinthians 16:9). Here is a brand new mission field directly off our shore. What are we as a nation going to do to evangelize it?

The Cubans are ripe for spiritual harvest. May we send laborers into the field so that they will experience the love of God and understand the plan of salvation through Jesus Christ. How long this door of opportunity will last is not known. If you would like to donate Bibles and be a part of the potential spiritual explosion in Cuba, you can call Revival Fires at 417-272-3660. As it is stated in Acts 5:14, may it be said of Cuba in the coming months, that “all the more believers in the Lord, multitudes, men and women, were constantly added to their number…”

What can you or your church do to help see spiritual rebirth take place in Cuba?

John Livingston Clark is 67 years of age and lives in central Washington State. He has written two published books, and two published poems. His initial book is called, " God's Healing Hope: Breaking the Strongholds of Wrong Thinking." His second book, released in December of 2016, is a motivational book written to seniors titled, " Seniors: Are You Retiring or Recharging?" Both books are available on amazon. You can also view his writings on www.faithwriters.com. John is available to speak on a variety of topics. Visit me at jclarkministries.com
Previous Someone Greater Than Solomon–and Your Smartphone–Is Here
Next Appreciate Our Freedom