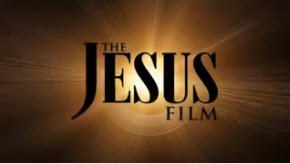 Billy Graham and the “Jesus Film”

Billy Graham and the “Jesus Film”

Dr. Billy Graham was presented with the Gold Medallion Award in association with the “Jesus Film.” This special recognition became lost in the flurry of advertising being given to “Son of God.” He was given this award by the Jesus Film Project on Saturday, March 15, 2014, in Asheville, North Carolina. His daughter, Gigi, accepted the award on his behalf. This commendation is given every year to someone who has demonstrated commitment to using the media as a vehicle for proclaiming the Gospel.

The Billy Graham Evangelistic Association and World Wide Pictures has produced 130 films that have been translated into dozens of languages, and seen by 250 million people. Billy Graham’s use of the media inspired Dr. Bill Bright, founder of Campus Crusade for Christ, to do the Jesus Film Project, creator of the “Jesus” film. It has been called the “most translated” film in history by the Guinness Book of World Records.

Along with the recognition of Dr. Graham was a special 35th anniversary showing of the “Jesus” film in high-definition. It was renamed “The Jesus Film.” Eric Schenkel, executive director of the Jesus Film Project, said of Graham, “He made Christian films at a time when it was a pioneering gesture. We know that his goal was and is to share the Gospel of Jesus Christ through any means possible.

Billy Graham first got a vision of making evangelistic motion pictures when he was a student at Wheaton College. He and Bill Bright had conversations centered around what they could do to exert their influence on the culture. This is a question that each and every Christian should ask.

John Livingston Clark is 67 years of age and lives in central Washington State. He has written two published books, and two published poems. His initial book is called, " God's Healing Hope: Breaking the Strongholds of Wrong Thinking." His second book, released in December of 2016, is a motivational book written to seniors titled, " Seniors: Are You Retiring or Recharging?" Both books are available on amazon. You can also view his writings on www.faithwriters.com. John is available to speak on a variety of topics. Visit me at jclarkministries.com
Previous On the Road to Change
Next My Faith in God