Breaking News
Home / Faith / Can I Eat The Bacon? 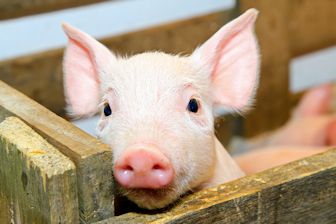 Can I Eat The Bacon?

Can I Eat The Bacon?

A lot of people question about whether it is okay to eat certain foods. A popular one on the list is pork. Pigs are thought to be a filthy, stinky, unclean animal. Because of this people are refusing to poke their fork in the pork. Other people like makin’ bacon in the oven. So just to be fair, lets look at this issue from a biblical framework.

The Lord originally began ministering to the Jewish people. There was one exception, and it involved pigs. When Jesus knew there was a gentile being tormented in the Gadarenes, He came to the rescue. This is where we have the showdown between Jesus and the “Legion” of demons where they were sent packing into a herd of swine and they ran off into a ravine and into the sea. The pigs give away the scene that it was Gentile country because the people were upset at Jesus and asked him to leave. They were mad about losing their livestock and fearful about what had happened (Mark 5:1-20). However, this was a glimpse of things to come. Let’s skip forward to the book of Acts and look at some scripture:

Acts 10:9-16 On the morrow, as they went on their journey, and drew nigh unto the city, Peter went up upon the housetop to pray about the sixth hour: And he became very hungry, and would have eaten: but while they made ready, he fell into a trance, And saw heaven opened, and a certain vessel descending unto him, as it had been a great sheet knit at the four corners, and let down to the earth: Wherein were all manner of four-footed beasts of the earth, and wild beasts, and creeping things, and fowls of the air. And there came a voice to him, Rise, Peter; kill, and eat. But Peter said, Not so, Lord; for I have never eaten any thing that is common or unclean. And the voice spake unto him again the second time, What God hath cleansed, that call not thou common. This was done thrice: and the vessel was received up again into heaven.

So the Lord was making a two-fold connection here. He was saying that now He was opening His ministry to the Gentiles and in doing so, He was also cleansing their food source.

This brings us to the question at hand. Can I Eat the Bacon? The answer is, “Yes”, you can eat bacon without it being a sin. This doesn’t mean it’s a healthy choice, because there are a lot of unhealthy additives and preservatives; not to mention a lot of fat, in bacon. So, if you must eat it, please consume it sparingly and with your best health in mind.

Friends, in closing I just want to say God loves you. He cares about your health and your food choices. Honor God with your decisions and with your body. Just because you can eat something, doesn’t necessarily you should, or that you should eat it in large quantities. Be safe and Bon Appetit! God bless.

Joel M. Bauer is a 45-year-old U.S. Army Veteran from Dunn, NC, which is just outside of Raleigh. After being honorably discharged from the U.S. Army, he attended school at Taylor University, a Christian liberal arts school, in Fort Wayne, IN, where he received his BS in social work and psychology. He has worked in such places as a homeless shelter, a community based treatment center for severe mental illnesses, a school for troubled students, and other social service agencies. His current endeavor is to build The Bottom Line website into a site that inspires both Christians and non-Christians alike, and brings glory to God.
Previous Finding A Good Fit For College
Next When My Armor Breaks Down