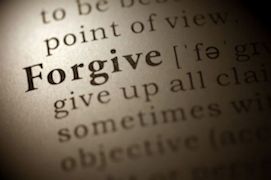 To me there is nothing more horrifying than making a mistake that can’t be undone.  Sometimes we wish we would’ve thought to use a pencil with an eraser instead of an ink pen so we could simply go back and fix our mistakes.  This may not be the case for everyone.  In fact, in December, 2006, The Rational Response Squad began their blasphemy challenge that is still going on today.  This challenge is to risk condemning yourself to hell by creating a video in which at some point you deny the Holy Spirit.  As frightening as this sounds, these people are not committing the blasphemy of the Holy Spirit that the Bible is referring to or committing an unforgivable sin.

To identify the nature of the unforgivable sin, which is a form of blasphemy of the Holy Spirit, we must first look in the book of Mark.  In Mark 3:22-30 there is a scenario in which the scribes accuse Jesus of casting out demons through Beelzebub.  He then explains to them that this can’t be the case because a kingdom can’t stand if it is divided against itself.  He ends this with a stern warning that they are in danger of eternal damnation for accusing Him of having an unclean spirit. What does this all mean?  Well you have to understand that the scripture is not just referring to Satan’s kingdom, but God’s kingdom as well, and to accuse Christ of having a demon would be like saying his kingdom is divided.  Furthermore in Mark 3:28, we are also told that all other manner of sins will be forgiven.

This brings me to my next point.  If there is only one sin that is unforgivable and it is about division, we need to look at what else the Bible has to say about such a matter.  In Heb 6:4-6 it speaks of such a sin and adds some important details.  The person must have been enlightened, they must have been partakers of the Holy Spirit, and they must have fallen away.  These people can’t be forgiven because they would subject Christ to open shame again.   So blasphemy of the Holy Spirit is actually an act of apostasy by intentionally rejecting the Spirit which Eph 4:30 says seals us until the Day of Redemption.  They are dividing themselves from the kingdom they belong to.

Blasphemy in any of its forms is a terrible thing.  It is a shame when groups think they have to try to provoke the Christian population by blaspheming our God.  Maybe they think it’s funny or are trying to impress their friends.  However, the good news is that the Gospel remains relevant for the unbeliever, and enlightened Christians aren’t likely to try and join Satan’s kingdom.

Joel M. Bauer is a 45-year-old U.S. Army Veteran from Dunn, NC, which is just outside of Raleigh. After being honorably discharged from the U.S. Army, he attended school at Taylor University, a Christian liberal arts school, in Fort Wayne, IN, where he received his BS in social work and psychology. He has worked in such places as a homeless shelter, a community based treatment center for severe mental illnesses, a school for troubled students, and other social service agencies. His current endeavor is to build The Bottom Line website into a site that inspires both Christians and non-Christians alike, and brings glory to God.
Previous “My Brother’s Keeper” Seeks to Save the Lost
Next I Dress a Million Flowers