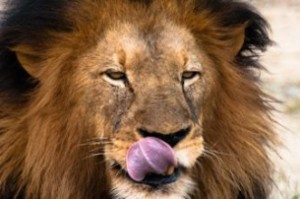 Daniel: Curving the Appetite of Lions through Faith

Daniel: Curving the Appetite of Lions through Faith

Dan 6:22 My God hath sent his angel, and hath shut the lions’ mouths, that they have not hurt me: forasmuch as before him innocency was found in me; and also before thee, O king, have I done no hurt.

What would you do if you knew that praying to God could get you killed? Many Christians have made such sacrifices regarding their faith, but probably none as famous as Daniel who was thrown into a den of lions for praying to the Living God.

King Darius greatly admired Daniel. He admired him so much that he was willing to put Daniel over everything that was his own. This bothered all the presidents and princes that Daniel was over so they plotted against him.

One day these devious presidents and princes went before King Darius and coerced him into making a decree that for thirty days no man could petition any God or man. The penalty for breaking this decree was to be cast into the den of hungry lions. Of course Daniel was well aware of the decree, but this didn’t stop him from sitting in front of his window three times a day and kneeling towards Jerusalem to pray.

The devious men knew that Daniel would pray to his God, so they watched and waited. When they caught Daniel, they went before King Darius and snitched on Daniel. This of course grieved the king greatly and he didn’t really want to throw Daniel into the den of lions. It is likely that King Darius was fearful of his own life if we would not have followed through with his decree. So, King Darius had Daniel thrown into the den of lions.

There are two men that are heroes in this story. You see, King Darius had faith that God would deliver Daniel, which can be seen in Daniel 6:16. He fasted and did not sleep on Daniel’s behalf. He even rushed to the den of lions early in the morning and cried out in a lamentable voice and was relieved to find Daniel, who was removed from the den of lions unharmed. Daniel, of course, was always faithful and was in good hands when an angel of the Lord appeared. All because of the faith of these two men and Daniel’s belief in the Living God, everything turned out fine for Daniel.

The story doesn’t end here. At least for the conniving men who tricked King Darius. He had them, with their wives and children, thrown into the very same den of lions. And this time, there was a different reaction. The poor lions had gone without a meal for some time due to the angel of the Lord shutting their mouths overnight, so they instantly broke the evil men and their families into pieces and had their meal.

King Darius then made a new decree:

Daniel 6:26-27 … That in every dominion of my kingdom men tremble and fear before the God of Daniel: for he is the living God, and stedfast for ever, and his kingdom that which shall not be destroyed, and his dominion shall be even unto the end. He delivereth and rescueth, and he worketh signs and wonders in heaven and in earth, who hath delivered Daniel from the power of the lions.

Friends, lets have the faith of Daniel to serve the Lord in the face of adversity and that of King Darius to believe that our God is a deliverer. Lets not be afraid of men, or lions, or even spiritual wickedness. Lets always put our trust in the Lord and do what is right. Let’s also be aware of those who might try and challenge our faith. Lets be ready to stand up to these challenges and show that our God will guide us through. Thank you for reading and God bless.

Joel M. Bauer is a 45-year-old U.S. Army Veteran from Dunn, NC, which is just outside of Raleigh. After being honorably discharged from the U.S. Army, he attended school at Taylor University, a Christian liberal arts school, in Fort Wayne, IN, where he received his BS in social work and psychology. He has worked in such places as a homeless shelter, a community based treatment center for severe mental illnesses, a school for troubled students, and other social service agencies. His current endeavor is to build The Bottom Line website into a site that inspires both Christians and non-Christians alike, and brings glory to God.
Previous Perfect Patience in Prayer
Next Have you Been Challenged?