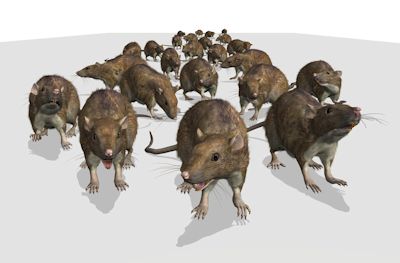 1 Ch 12:1 And Satan stood up against Israel, and provoked David to number Israel.

Let me first start off by saying it is never a good idea to listen to the provocations of Satan or his minions. David allowed himself to be tempted even though Joab spoke for the Lord and proclaimed that it was unnecessary. It was clear God’s people outnumbered the enemy, and besides that they were the Lord’s servants and they had nothing to fear.

David didn’t listen to Joab’s counsel and he ordered the census which angered God. As a consequence for not trusting in the Lord and heeding Joab’s word, the Lord provided three possible consequences through Gad, David’s Seer.

Choice 2: Three months of fleeing from the enemy

Choice 3: Three days of pestilence in the land

David chose three days of pestilence which ended up killing 70,000 men from Dan to Beersheba before the Lord lifted it.

This is a very difficult scripture for some people, and no God wasn’t being mean. David was the one at fault here by not trusting that God was sufficient no matter what the population was. It’s very unfortunate, but this point had to be made. It wasn’t about the population; it was about God and His ability to sustain His people no matter what.

So what about those that died? Well they were God’s servants who died from the pestilence, so they have a heavenly home. The loss was to David. He lost by counting, and the numbers would have been sufficient if he would’ve just trusted in the Lord.

Friends, David was a man after God’s own heart. We can be believers after God’s own heart by doing our best to follow the Holy Bible. This doesn’t mean we will never make mistakes, but that is what grace is for. Also, when someone is telling you that something is from the Lord, please take a bit of time to check it out. Measure it against scripture and see if it’s a good idea. We want to follow the Lord as closely as possible because He is our Good Shepherd, and if we follow Him faithfully we never have to worry about getting lost or dealing with unnecessary consequences. Thank you for reading and God bless.

Joel M. Bauer is a 45-year-old U.S. Army Veteran from Dunn, NC, which is just outside of Raleigh. After being honorably discharged from the U.S. Army, he attended school at Taylor University, a Christian liberal arts school, in Fort Wayne, IN, where he received his BS in social work and psychology. He has worked in such places as a homeless shelter, a community based treatment center for severe mental illnesses, a school for troubled students, and other social service agencies. His current endeavor is to build The Bottom Line website into a site that inspires both Christians and non-Christians alike, and brings glory to God.
Previous Her Children Call Her Blessed-Part I (Mothers of Presidents)
Next His Love Never Fails Part I