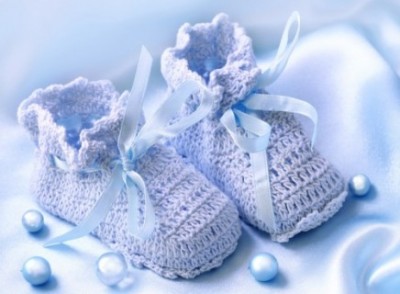 Her Children Call Her Blessed-Part I (Mothers of Presidents)

For 100 years, Mother’s Day has been a national holiday in America, set aside as a day to honor mothers. Godly examples of motherhood are found throughout history. From bible times down through the ages, there are many wonderful women whose influence on their children has changed the course of our history…

One young man born in 1809 was raised by two godly women. His mother, Nancy, raised him in the untamed wilderness of Kentucky and Indiana. She worshipped God in her children’s presence, singing hymns as she went about her daily activities of making a home. At the end of each long, wearing day, she took time to read her copy of the Scriptures to her son. She passed her faith on to him, and taught him to reverence and depend on his Creator. She would spend only nine years with her son before she died an agonizing death due to what the pioneers called “milk sickness,” but her effect on the boy would last his entire life. He later described her legacy to him this way, “the fundamental truths reported in the gospels…that I first heard from the lips of my mother, are settled and fixed moral concepts with me.”

Just over a year after Nancy’s husband and children watched her die in their wilderness cabin, the young boy’s father brought a new wife, Sarah, to care for his two children. They called her “Mama.” How they needed her! She taught the boy and his sister sensitivity to the feelings and circumstances of others, unaware that she was preparing the boy for how he would respond in his leadership over a nation in crisis years later. She encouraged his love of books, giving him her own copies of Pilgrims Progress and Robinson Crusoe to pour over, and she gave this grieving child “a joyous, happy boyhood”… “there was nothing sad nor pinched, and nothing of want.”

Nancy and Sarah were two women of humble, even poor backgrounds. They could not have know that this young, sensitive boy with a love of gaining knowledge and a deep compassion towards others, would one day win an election and become our Nation’s 16th president. But in the words of their son, Abraham Lincoln, all he was, or ever hoped to be, he owed to his mothers.

My husband Dan and I have three children and three grandchildren. We live in central Illinois. I am a graduate of The Institute of Children's Literature, a member of faithwriters.com, and a member of SCBWI. My writings have been published at chirstiandevotions.us, in DevotionMagazine, the PrairieWind Newsletter, and here at thebottomline.co.
Previous “Ring the Bell” Movie Review
Next David’s Three Choices: Creating Unnecessary Problems