Breaking News
Home / Faith / Before you decide on that “Christian” college 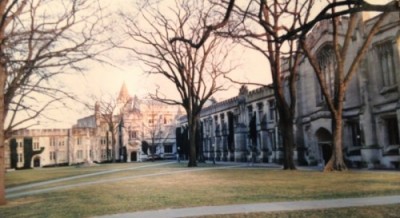 Before you decide on that “Christian” college

Some students and parents believe that attending a Christian college will bypass the temptations and pitfalls abundant on secular campuses. However, certain Christian campuses can be even more perilous to one’s faith. One reason for this is that a campus touted as faith-based is assumed to have a Christ-focused atmosphere. Students naturally expect as well that professors with doctorates in theology will understand more about the precepts of Christianity than they, and so they implicitly trust their teaching.

Over pizza, one of the girls I’d taught in youth group recounted her freshman semester. It sounded like scenes from Animal House.

“And this is a Bible college?” I cringed. As lunch ended, we prayed that she would continue to have the courage to stand up in the face of lying, sneaking out, and other chaos that defined dorm life. There was only one other girl on her floor who was following Christ.

Another teen explained how a professor at her Christian college gave her a book that endorsed other religions when she met with him during office hours. She said most professors at her Christian college taught students to question everything – a good practice if the questioning is done in light of what scripture teaches. Without God’s word, confusion sets in, opening a door for apostasy.

Similarly, a friend who was on staff at a Christian university described tactics that certain professors used to strip away the faith of their impressionable students. “They took a kind of sick delight in teaching these kids to question everything they’d been taught growing up. And after they had dismantled their ideals, the instructors never built them up with again with solid Biblical teaching.”

On a radio program discussing my book College Bound: A Pursuit of Freedom, I mentioned this trend of Christian colleges that are hostile to the gospel. A local pastor was in the studio with me, and he nodded vigorously as I spoke on-air. Afterward, we talked about how pride can be a snare for many in education. “Knowledge puffs up” (or makes arrogant) the Apostle Paul wrote (1 Cor. 8:1).

Not all Christian colleges are corrupt or compromised.

In no way are these findings an endorsement of secular colleges over Christian ones. Rather, this is a heads-up to prospective students and their parents to research schools carefully. Not all campuses which use Christ’s name are following His ways.

Emily Tomko's radical encounter with the Lord while at a nightclub changed her life forever and inspired her first novel, College Bound: A Pursuit of Freedom. She is the author of seven books, including 31 Thoughts on Prophecy and Leaving the Shallows: igniting the faith that overcomes the world. Her tastes tend toward vintage and she's a Germanophile, having spent a year in Bremen and Nuremberg. Emily loves the scriptures and writes with fierce compassion and a deep desire to see people freed from the miry clay of this world and walking in the truth.
Previous GRIEF CAME WRAPPED FOR CHRISTMAS
Next Never Too Old To Set New Records In Golf