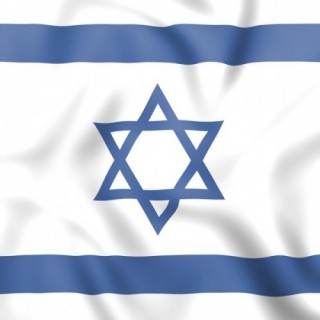 "I will bless those who bless you, and curse those who curse you"

Did Hugo Chavez die because he cursed Israel?

Venezuelan president and dictator Hugo Chavez died on March 5, nearly two years ago, after battling cancer. What has come to light since then is that he developed the cancer that killed him after he publicly cursed Israel. Interestingly, the cancer originated in the pelvic region of his body, which he specifically referenced when cursing Israel:

“I seize this opportunity to condemn, one more time, from the bottom of my soul and of my visceras, the State of Israel.  D–n you, Israel!” Hugo shouted before a staged crew of clapping spectators (see clip below). The Spanish word visceras translates “innards” or “bowels” in English. While the Venezuelan dictator sought to ensure that the specifics of his cancer were kept quiet even up until his death, the consensus of reports indicated that it was indeed this region of his body that was afflicted. Also in keeping with eating the fruit of his own lips (Proverbs 18:21), Chavez’s soul was required of him on March 5, 2013.

God promised Abraham, “I will bless those who bless you, and the one who curses you I will curse. And in you all the families of the earth will be blessed” (Genesis 12:3). God does not change (Malachi 3:6). God is in the business of keeping His promises and upholding His covenant with Abraham’s seed,  even today.

In light of what God said, we should be challenged to seek ways to bless Israel. God said that “whoever touches you, Israel, touches the apple of His eye” (Zechariah 2:8). By blessing Israel, we bless God’s heart, and we invoke a blessing for ourselves. We can bless Israel with our prayers and proclamations, by financially sowing into Israel, and by speaking up for Israel and God’s people, the Jews, when there is opportunity – particularly now that Antisemitism is on the rise.

We must also pray that our leaders bless and stand with Israel. Throughout scripture, God talks about executing judgments on nations that oppose Israel (Psalm 2:1, Psalm 79, Isaiah 14:2, Isaiah 60, Zechariah 2:8, etc).

How is The Lord asking you to bless Israel at this time?

Emily Tomko's radical encounter with the Lord while at a nightclub changed her life forever and inspired her first novel, College Bound: A Pursuit of Freedom. She is the author of seven books, including 31 Thoughts on Prophecy and Leaving the Shallows: igniting the faith that overcomes the world. Her tastes tend toward vintage and she's a Germanophile, having spent a year in Bremen and Nuremberg. Emily loves the scriptures and writes with fierce compassion and a deep desire to see people freed from the miry clay of this world and walking in the truth.
Previous Don’t Let Anyone Steal Your Dream
Next Love Is A Friend Remembered