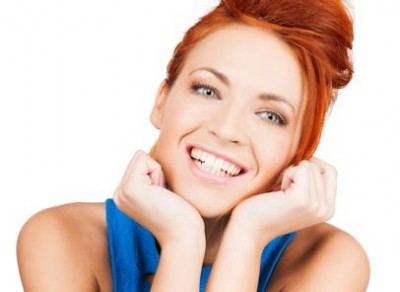 Don’t Let Anyone Steal Your Dream

Recently, I engaged in a conversation with a young adult about his life plans. He was going to college and working, unsure of what he wanted to do, as is the case with many his age. When I asked him what he really enjoyed his response was, writing and speaking. Bingo, was I able to pick up on that answer. However, he had been advised against it for the reason we hear so much about many dreams; there’s no money in it. While it is true that the average writer makes very little money, I explained to this young man that the nice thing about writing is that a person can have a regular day job and still do it on the side. I hope I rekindled the dream he has in his heart.

A person writes because he or she has a passion to communicate a message to help people. As Christian writers on this website we do it to honor God and to give help and inspiration to our readers. We also have a gift for it, and what God has gifted us with we have an obligation to use. I Timothy 4:14 says to not “neglect the gift within you.”  The gift of writing is a beautiful thing. Lives have been changed through it. It is therapeutic for a depressed and sickened soul. The mind is meant to create, and writing is one way to do that.

Sadly, people were stealing this young man’s dream based upon money. People who follow their dreams and passions don’t do it for the money. Those who don’t have dreams and visions for their lives don’t understand those who do. Some of us at the Bottom Line wrote for years for free just because we enjoyed it, had a passion for it, and believed in our message.

A dream can be many things. For a young boy named Jimmy, it was going to the moon. He spent many nights staring out the window while his parents thought he was sleeping. One evening his mother came in and discovered him awake looking at the round orb in the night sky. He told his mom, “Someday I am going to walk on the moon.” James Irwin did just that several decades later as part of the Apollo moon landings. He was the eighth human being to set foot on the lunar surface.

Believe that your dream is to glorify God and that there is a divine purpose behind it. Astronaut Irwin said that Jesus walking upon the earth was much more important than him walking on the moon. He believes that God made him part of the lunar team to inspire him to come back to earth and speak out about his faith in Christ.

Dream! Develop a vision for your life. Don’t allow anyone to steal it. It was placed in you by God. If you don’t use it you could be living a settle-for-life, not ever knowing what could have been. What is your dream? What would  you really, really like to do aside from money? What gifts or abilities do you have that you can act upon with passion and purpose to allow God to use in ways that are bigger than you?  Your dream will come to pass; it is only a matter of time, because once you make a commitment to pursue it God will step in the middle and divinely orchestrate it. The only way it will not happen is if you allow other people to take it from you.

dreams and visions follow your dream follow your passion God-inspired dreams I Timothy 4:14 James Irwin moon landings Spiritual Gifts the gift of writing the gift within you What could have been? 2015-02-27
John Clark

Tags dreams and visions follow your dream follow your passion God-inspired dreams I Timothy 4:14 James Irwin moon landings Spiritual Gifts the gift of writing the gift within you What could have been?

John Livingston Clark is 67 years of age and lives in central Washington State. He has written two published books, and two published poems. His initial book is called, " God's Healing Hope: Breaking the Strongholds of Wrong Thinking." His second book, released in December of 2016, is a motivational book written to seniors titled, " Seniors: Are You Retiring or Recharging?" Both books are available on amazon. You can also view his writings on www.faithwriters.com. John is available to speak on a variety of topics. Visit me at jclarkministries.com
Previous 2 Ways to Bring Families Together
Next Did Hugo Chavez die because he cursed Israel?