Breaking News
Home / Faith / Do You Really Want To Be Used of God? 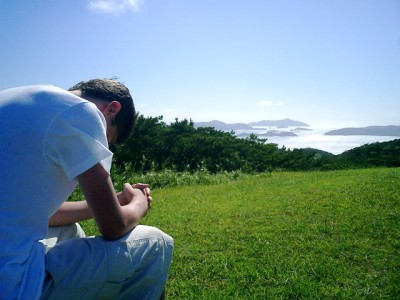 Do You Really Want To Be Used of God?

How many times have we prayed for God to use us in a mighty way? How often have we pleaded with Him to work through us to help others? It’s an admirable goal, but I wonder if we really know what we’re asking for. In times past, my prayers to be used of God were based on my desire for God to use the talents that He had given me or perhaps even the character traits that He had blessed me with. Maybe you’ve thought the same thing, and God can and does often use those. Unfortunately, what many of us fail to realize is that our usefulness doesn’t end there.

You see, God desires to use everything about us, which includes our strengths but also our weaknesses. Not only that, but the Bible gives countless examples where God used a believer’s suffering to touch the lives of others. Not exactly what we had in mind when we volunteered to be used, is it? It’s probably not what the little maid from Israel imagined either when she was held captive in Syria by a leper named Naaman (See II Kings 5). Yet, God used her captivity in an astounding way when she announced to her owner and lord that she knew someone who could heal him of his dreaded disease. After Naaman followed her directions (in a roundabout way) and was healed, he uttered these words, “Behold, now I know that there is no God in all the earth, but in Israel.” After that, I have no doubt that Naaman, this great man of influence, went back to Syria and spread the word about the one true God.

What about young Joseph whose suffering was used of God to bring about the salvation of the land? Or how about Daniel’s suffering when he was thrown into the den of lions? Or the three Hebrew children when they were cast into the fiery furnace? Both of those accounts ended with decrees by the kings that God was the one true God and that all should worship him. Did God use their talents and character traits? Yes, to a degree, but it was their suffering that truly brought about change.

Then, of course, we can’t leave out the apostle Paul. One of the greatest preachers of all time, Paul was fervent in his desire to be completely sold out to the Lord. And because of that, he wrote the majority of the New Testament from a jail cell. He was beaten repeatedly, stoned, shipwrecked and more, but through it all, God had a plan. He wasn’t punishing Paul; He was using him—specifically, his suffering.

Are you familiar with the old saying, “Be careful what you wish for”? Well, I believe that certainly applies here. To desire to be used of God is a wonderful thing, but I caution you to understand exactly what you’re asking for. You may have in mind your talents and spiritual gifts, but God may have something entirely different in store for you. If that be the case and God chooses to use your suffering to reach others, take comfort in the fact that your pain has a purpose—a purpose that will bring about your good and the good of others.

Beloved, think it not strange concerning the fiery trial which is to try you, as though some strange thing happened unto you: But rejoice, inasmuch as ye are partakers of Christ’s sufferings; that, when his glory shall be revealed, ye may be glad also with exceeding joy. – I Peter 4:12-13

Can you remember a time when the sufferings of others brought about a positive change in your own life?  How about a time when your own suffering helped out another?

Dana is a full-time Christian author and speaker residing in Greenville, SC with her husband and two dogs. In fulfilling her call to evangelize the lost and edify the saints, Dana spends her days writing devotions, devotional books and books for children, as well as recording podcasts on various Biblical topics. She serves in many capacities at her local church, including the roles of church pianist and ladies' Sunday School teacher. Dana has a passion for souls and longs to be used of God in whatever way He deems necessary. When not writing or serving at church, Dana can most likely be found reading or hiking a nearby trail.
Previous Rest Your Mind, Body and Spirit
Next Our Hope: The Indescribable Gift