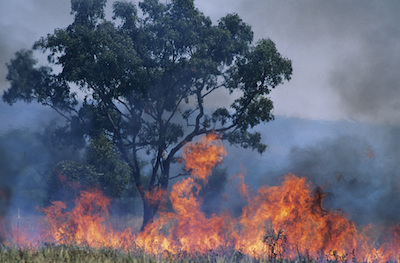 Enough Excuses: How God Taught Moses to Step Up

Do you ever feel that the task to which God has called you is more than you can do? Moses did. When God first spoke to him out of the burning bush and commanded him to lead His people out of Egypt, Moses came up with a myriad of excuses:

“I don’t speak well.”
“Pharaoh won’t listen to me.”
“The people won’t believe me when I tell them You sent me.”

In essence, Moses was telling the Lord, “Look, You’ve got the wrong guy for this job. I just can’t do it.”

Moses truly believed God couldn’t use him, but God knew better. Still, even though He was angered with Moses’ protests, God conceded Moses’ argument to a degree.

“And the anger of the Lord was kindled against Moses, and he said, ‘Is not Aaron the Levite thy brother? I know that he can speak well. And also, behold, he cometh forth to meet thee: and when he seeth thee, he will be glad in his heart. And thou shalt speak unto him, and put words in his mouth: and I will be with thy mouth, and with his mouth, and will teach you what ye shall do. And he shall be thy spokesman unto the people: and he shall be, even he shall be to thee instead of a mouth, and thou shalt be to him instead of God.’ ”
(Exodus 4:14-16)

In the next couple of chapters, we see that God was true to His Word. Time and time again, the Bible states, “The Lord spake unto Moses, ‘Say unto Aaron … ‘ ” God told Moses, Moses told Aaron, then Aaron obeyed. Aaron became Moses’ mouthpiece just as God had said, but that’s not all that God said. He also said that He would teach Moses what to do. You see, at this point, Moses was just a middle-man. He wasn’t actually doing much of anything, so we wonder why God didn’t just deal with Aaron instead. Well, that answer becomes clear as we dive further into the story.

Before long, we find verses that read, “And the Lord said unto Moses and Aaron … ” No longer was Moses simply being instructed to relay orders from God to Aaron. Now, they were both being given the orders, and they were both expected to do what they’d been told. I like to think of this as Moses’ weaning period.

Little by little, God taught Moses to step up and speak out. So much so, that just a chapter or so later, we find that Aaron is still present, but Moses is the one taking orders from God and standing toe to toe with Pharaoh: “And the Lord said unto Moses, ‘Go in unto Pharaoh … ‘ ” (Exodus 10:1).

From that point forward, we hear no more arguments or excuses from Moses. He was so busy speaking God’s words to Pharaoh that he forgot he wasn’t eloquent. He was so caught up in doing the Lord’s will that he didn’t have time to wonder whether or not he was qualified. And God can do the same with us. Whatever the task He has called you to, remember, He knows your full potential. He alone knows what you’re truly capable of. And just as He did with Moses, He’ll give you what you need to get the job done. So, enough of the excuses! Let’s get busy serving God.

What excuses are currently keeping you from accomplishing the task to which God has called you? What can you learn from Moses’ “on-the-job training”?

Dana is a full-time Christian author and speaker residing in Greenville, SC with her husband and two dogs. In fulfilling her call to evangelize the lost and edify the saints, Dana spends her days writing devotions, devotional books and books for children, as well as recording podcasts on various Biblical topics. She serves in many capacities at her local church, including the roles of church pianist and ladies' Sunday School teacher. Dana has a passion for souls and longs to be used of God in whatever way He deems necessary. When not writing or serving at church, Dana can most likely be found reading or hiking a nearby trail.
Previous Wife of “American Sniper,” Tara Kyle Shares Her Testimony
Next Our Hope: Enoch Was Taken