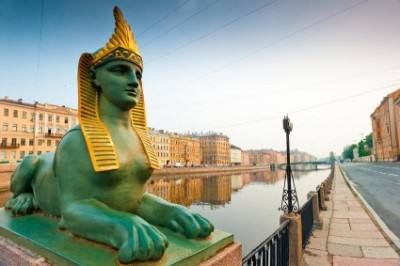 The ten plagues of Egypt were strikes against Egyptian gods, intended ultimately to lead to repentance.

Even God’s Judgments Reflect His Mercy

Each of the 10 plagues that God released on Egypt was a strike against a specific god worshiped by the Egyptians. While these judgments were devastating for the land of Egypt, God used them ultimately for mercy, both for the Israelites and the Egyptians.  In this way, a remnant of Egyptians was delivered from their deceptions and came out of the land with God’s people, to know and worship the One True God.

The judgments of God served these purposes:

They were pronunciations against the false gods of Egypt, including Pharaoh, who was worshiped as a god. “For I will go through the land of Egypt … and against all the gods of Egypt I will execute judgments–I am the Lord” (Exodus 12:12). The Egyptians worshiped these terrible gods, but the Israelites had been exposed to this culture of idols as well.

They were a means of deliverance for God’s people. “When Pharaoh does not listen to you, then I will lay My hand on Egypt and bring out My hosts, My people the sons of Israel, from the land of Egypt by great judgments” (Exodus 7:4).

They were a sign for the Egyptians to compel them toward the living God. Pharaoh’s magicians acknowledged after the plague of gnats, “This is the finger of God” (Exodus 8:19). Likewise, when hail came suddenly, “The one among the servants of Pharaoh who feared the word of the Lord made his servants and his livestock flee into the houses” and they were spared (Exodus 9:20). “The Egyptians will know that I am the Lord,” God said (Exodus 14:4).

They were a sign for the Israelites to ignite their faith. “Moses told the people, ‘Remember this day in which you went out from Egypt, from the house of slavery; for by a powerful hand the Lord brought you out from this place.’ ” (Exodus 13:3)

They were a means for new revelation of God Himself. Before the plagues, God told Moses, “I appeared to Abraham, Isaac, and Jacob, as God Almighty, but by My name, Lord, I did not make Myself known to them” (italics mine). What did He mean by this? When God reveals Himself by a new name, He releases new knowledge of His character and His attributes. Previously, He had been known as El Shaddai, God Almighty. Now, He was showing Himself to them as Jehovah, or Lord. This was the covenant God who would later be revealed as Jehovah-Jireh (The Lord our provider), Jehovah-Raphe (The Lord our Healer), Jehovah-Sabaoth (The Lord of Armies), etc.

God’s judgments brought out from Egypt a group of gentiles, a “mixed multitude,” to be part of His nation Israel (Exodus 12:37-38). Indeed, throughout Scripture, we see a God whose judgments are ultimately used to instill in those, both outside and within His covenant, great faith in Him.

Psalm 83 is a plea for the Lord to confound His enemies by sending judgments. But notice how the Psalm comes to an end: “So pursue them with Your tempest, and terrify them with Your storm. Fill their faces with dishonor, that they may seek Your name, O Lord … Let them be ashamed and dismayed … that they may know that You alone, whose name is the Lord, are the Most High over all the earth” (Psalm 83:15-18, italics mine).

Through this knowledge, do you see the judgment of God differently? What is God speaking to you about His character?

Emily Tomko's radical encounter with the Lord while at a nightclub changed her life forever and inspired her first novel, College Bound: A Pursuit of Freedom. She is the author of seven books, including 31 Thoughts on Prophecy and Leaving the Shallows: igniting the faith that overcomes the world. Her tastes tend toward vintage and she's a Germanophile, having spent a year in Bremen and Nuremberg. Emily loves the scriptures and writes with fierce compassion and a deep desire to see people freed from the miry clay of this world and walking in the truth.
Previous The Love Poem (Based on 1 Corinthians 13)
Next A Good Marriage Is Made Of Unconditional Love and Forgiveness