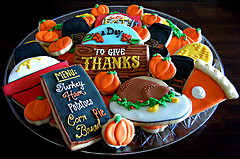 Fell At His Feet

Colder temperatures nudge Thanksgiving Day a little closer. Indeed, the concept of setting time aside and counting one’s blessings creates peaceful memories. Traditionally, we call it turkey-day or football-watching day. Nonetheless, it presents a reminder of blessings granted from on high “Every good gift and every perfect gift is from above, and comes down from the Father of lights” (James 1:17a NKJV). Americans commonly trace Thanksgiving to a 1621 celebration at Plymouth Plantation where settlers held luscious banquets. Festivities usually lasted three days and bountiful celebration commemorated a successful growing season. Therefore, this event made its’ way into one of the major holidays celebrated each year. Look with me, if you please, at a unique ‘thanksgiving story’ found in second Kings.

Here we see an unnamed woman from Shunem who demonstrated merciful grace for God’s chosen workers. Perhaps her interaction with (double-portioned) Elisha sheds further enlightenment upon a thanks-living demeanor. Regularly, Elisha walked through Shunem to Mt. Carmel where he trained prophetic understudies. One particular day this wealthy Shunammite woman invited him in for a meal. Delighted with the man of God’s character, she asked her husband to add a rooftop haven (upper room) for him. In their home, Elisha found refreshment of body and mind.

Certainly, Elisha’s countenance lifted due to her kindnesses and he wanted to return the favor. After consulting his servant Gehazi, he realized her husband was old and she had no son. With that in mind, Elisha pronounced, “Next year at this time you will be holding a son in your arms” (2 Kings 4:16 NLT). At the appointed time Elisha’s prophecy came true and the miracle-son grew. While the child worked alongside his father in the fields, he suddenly fell ill. His mother held him on her lap, but around noontime, he died. She carried her dead son to Elisha’s upper room, closed the door, and went out repeating all is well. When she found the man of God, she caught him by the feet and would not let him go (2 Kings 4:30).

Elisha hurried into the house, went upstairs, and lay on the child. He stretched himself out upon him and breathed into his mouth. The lad sneezed seven times and opened his eyes. Elisha called for the woman to pick up her once-dead-now-alive treasure. However, take notice—before she held her precious son, she gave thanks. Joying Godward with a grateful heart: “So she went in, fell at his feet, and bowed to the ground; then she picked up her son and went out”.

Dear Father God, we could sing praises of thankfulness for your loving goodness forever, but that wouldn’t be long enough!