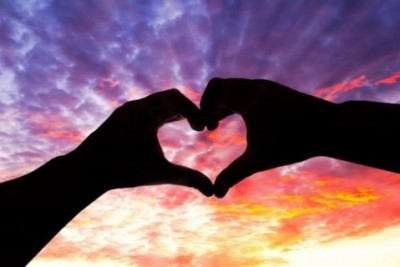 Friends With God – A Two-Way Street

I find the interaction between God and David in 1 Chronicles 17 a touching, awe inspiring proclamation of great love and admiration.  God described David as “a man after my own heart”. (Acts 13:22)  There is something extra special and hard to describe between two who have an unspoken understanding of one another.  Have you ever had a friend like that?

Because of his deep love for his God, David wanted to provide a house for God’s ark of the covenant, but God had other plans.   God informed David through the prophet, Nathan, that He didn’t need a house and had purposefully chosen, appointed, supported, and promoted David to a very high position. (1 Chronicles 17:7-8)  God assured David of His continued control over everything and His ability to continue to make right decisions concerning David’s life and the lives of His people.  God proclaimed to David, “The Lord will build thee a house”. (1 Chronicles 17:10-14)  I know God smiled when He said it.

After grasping the totality of this monumental message, David sat in awe before His God.  He didn’t boast or gloat.  He humbled himself and expressed his amazement at how God had brought him to this point.  (1 Chronicles 17: 16-17)   I can see David shaking his head, marveling at the thought.  David, simply regarding himself as God’s servant, realized that God equated him with a man of great prestige. (1 Chronicles 17: 17)  With his mind reeling, David understood that God blessed him just because He loved him so much.  David’s response?  “O Lord, there is none like You.”  (1 Chronicles 17:20)

David, in his wisdom, took the Lord at his word, like Mary did in Luke 1:38, when she heard God’s message.  David accepted God’s goodness even though, considering himself a servant, he must have certainly felt unworthy.  David proclaimed his acceptance of God’s plan to forever establish and bless the house of David. (1 Chronicles 17:23-24)   David’s pure motive desired that God’s name be magnified throughout his family line.  He acknowledged that what God said He would do, He would certainly do. (1 Chronicles 17:27)

Do you realize God has an undying love and special purpose for you, too?  Yes, David was special; and, although God probably doesn’t consider very many “a person after My own heart”, He still loves you and me enough that He sent His only Son, Jesus, to die on the cross for our sin.  The reason?  Relationship!  So we could come into His presence and experience His love and friendship, personally.  He waits patiently for us to grasp the awesomeness of this arrangement.  He greatly desires that we accept His offer of friendship for our sake and His as well.  He, too, gets pleasure from our time spent with together with Him, and through our conversations with Him.  It is a two-way street.

I encourage you to stop and consider the fact that God sees value in you as His friend.  He smiles while blessing you and smiles, also, when you bless Him.

How can you bless God as your friend today?  Have you asked Him?

I just love walking outdoors - day or night. I identify most with the creative side of God and am energized by His artistry all around this world. He amazes me every time I turn around! Yeah, God and thank you, Jesus.
Previous When Trusting God Does Not Come Easily
Next Are Curses Real or Just Superstition?