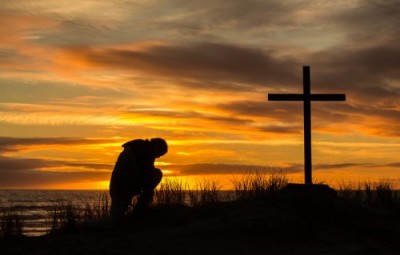 Notice in these verses that God created man in his image implying that he wanted relationship with us not religion. God initiated this relationship first by creating us in His image secondly; he spoke to man before man replied to him. He created us in his image and his likeness. The Father, Son and Holy Spirit had fellowship and communicated with one another before the creation of the world. God is a relational God not a religious God.

Throughout the Old Testament God said he did not want new moons or sacrifices kept but that His people would obey him and relate to him. He sent Jesus in bodily form, which was the exact representation of the Father. Hebrews 1:3” The Son is the radiance of God’s glory and the exact representation of his being,” Father sending Jesus so God could relate to us. Jesus giving his life blood on Calvary to restore our relationship with God. Our Father is surely a relational God it is in his very nature.

Greg is a born again believer who testifies to the absolute transforming power of God's word. Greg has been called to full time ministry and He has known Jesus for most of his life. Greg received his degree in Pastoral Ministries from what was formerly Bethany University in Santa Cruz,California. View Greg blogs on iwriteforjesus.com. Greg has a book published on " To Jesus Christ the High Priest of my confession: A personal Testimony." find it on http://www.amazon.com/Christ-Priest-Confession-Personal-Testimony/dp/1507706847/ His testimony in short form is published in "Trials and Triumphs II" on http://www.amazon.com/Trials-Triumphs-II-FaithWriters/dp/1498416012/. This book is filled with 50 inspirational testimonies and is a project of Faith Writers.
Previous Spring Cleaning!
Next Changing “What if…” Into “So What!” Part II