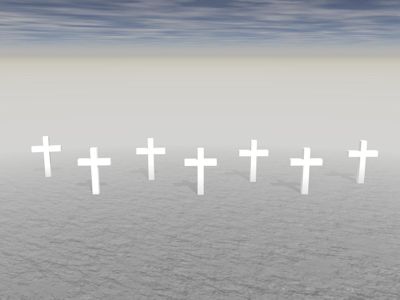 Biblical definition of the number seven

The number 7 has played a significant role throughout biblical history. God has revealed that the number 7 is very important to Him. God defines 7 in terms of completeness, perfection and fulfillment. It also is defined as the end of a work or symbolizes completeness to a divine purpose.

Illustrations of the meaning of the number seven

The Word of God is rich with examples of the number seven used in many applications, symbols and imagery in the Word of God. Interestingly enough 7 is used more than fifty times in the final book of Revelation. There are seven churches listed and the seven spirits before God’s throne both listed in Revelation 1:4,seven golden lampstands(1:12),seven stars in Christ’s right hand(1:16) and there are many other examples found in Revelation.

Genesis, the first book in God’s revelation, we find in the very second chapter the Lord setting the precedent for the importance of the number 7:

“Yet if he is caught, he must pay sevenfold, though it costs him all the wealth of his house.” Proverbs 6:31

Critical Understanding for the number seven

The significance for the number is central to the message of the bible. God sets the precedent for the number seven in the first book of the bible, Genesis, by resting from His work of creation the beginning of all things as we know it. Revelation, the last book of the bible God wraps up time and creation. God closes His mystery (which was the revelation, incarnation, death and resurrection of Jesus Christ).The voice of the seventh angel starts the closing of this mystery.

Application for the Christian

God uses the number seven from the beginning of creation in Genesis to the consummation of the age in Revelation. He reveals to us that seven is wholeness, completion and perfection. Jesus Christ represents the ultimate number seven in that complete victory over death, sin and Satan. Every non-believer needs to receive Jesus as their Lord and Savior because His work on Calvary is the final work for eternal life. Every believer needs to draw closer to God through Jesus Christ because all understanding of God and His ways comes through Jesus.

We covered the importance of the number seven in the book of Genesis where God finished His creative work and rested on the seventh day. Other important concepts were found in Proverbs about God’s complete justice for those found stealing and we concluded with God closing His mystery of Jesus Christ (He began writing from the beginning of time) in the book of Revelation when the seventh angel began to speak. Thank you for reading this article.

What other numbers in the bible do you think are significant?

Greg is a born again believer who testifies to the absolute transforming power of God's word. Greg has been called to full time ministry and He has known Jesus for most of his life. Greg received his degree in Pastoral Ministries from what was formerly Bethany University in Santa Cruz,California. View Greg blogs on iwriteforjesus.com. Greg has a book published on " To Jesus Christ the High Priest of my confession: A personal Testimony." find it on http://www.amazon.com/Christ-Priest-Confession-Personal-Testimony/dp/1507706847/ His testimony in short form is published in "Trials and Triumphs II" on http://www.amazon.com/Trials-Triumphs-II-FaithWriters/dp/1498416012/. This book is filled with 50 inspirational testimonies and is a project of Faith Writers.
Previous Daniel’s Diet in Babylon
Next The Imperfectly Perfect Woman