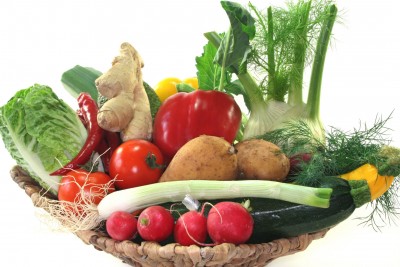 Nebuchadnezzar is looking for the “cream of the crop” from among those captured earlier in Jerusalem. He has orderd the chief official to select the strongest, most handsome, intelligent young men for training, preferably from Israel’s royalty and nobility. They will possess the ability to learn quickly and will be taught the language and literature of Babylon.

They will be served the type of rich food and wine the King receives. For the next three years, they will be in training for subsequent service to the king. Among the chosen are Daniel (given a Babylonian name of Belteshazzar), Hananiah (Shadrach), Mishael (Meshach), and Azariah (Abednego).

“But Daniel resolved not to defile himself with the royal food and wine, and he asked the chief official for permission not to defile himself this way. Now God had caused the official to show favor and compassion to Daniel, but the official told Daniel, ‘I am afraid of my lord the king, who has assigned your food and drink. Why should he see you looking worse than the other young men your age? The king would then have my head because of you.’” (Daniel 1:8-10 / NIV)

“Daniel then said to the guard whom the chief official had appointed over Daniel, Hananiah, Mishael and Azariah, ‘Please test your servants for ten days: Give us nothing but vegetables to eat and water to drink. Then compare our appearance with that of the young men who eat the royal food, and treat your servants in accordance with what you see.’ So he agreed to this and tested them for ten days.” (Daniel 1:11-14 / NIV)

“At the end of the ten days they looked healthier and better nourished than any of the young men who ate the royal food. So the guard took away their choice food and the wine they were to drink and gave them vegetables instead.” (Daniel 1:15-16 / NIV)

These verses are proof that those who indulged in the king’s rich foods and wine were less nourished than Daniel and his companions who chose vegetables. (In the King James Version, verse eleven uses the word “pulse” which may be described as herbs, vegetables, edible seeds, or seeds from pods.)

What other reasons were there for declining the offer of the king’s rich delicacies? Because this type of food was also offered to idols, it was considered “common.” Since the people of Israel were called apart by God for a higher purpose, they were forbidden to eat common foods. In addition to the association with idolatry, wines used by kings were also more likely to be fermented.

Having committed his life and body to God, Daniel did not want to defile himself or present God with anything less than his best.

The decision to give our best each day is not always easy, but the Lord will give us the strength to live for him.

What is your favorite recipe using fresh autumn vegetables and herbs?

Denise is a Registered Nurse, married, and has lived in Alabama all of her life. She has been a Christian for more than 40 years and has studied Prophecy for over 25 years. She writes devotionals for Faithwriters (www.faithwriters.com). She also writes for TGGmag ('Tween Girls and God online magazine for girls age 9-12). She desires to share Christ with others through her writing and is looking forward to the soon return of our Lord Jesus Christ.
Previous Our Hope: Prepared To Witness
Next God’s Number Is 7