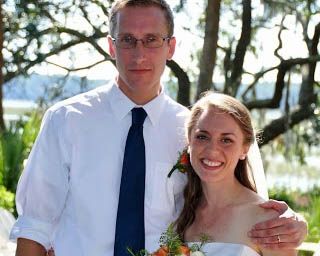 Homosexuality has gained ground at an alarming rate. It is now considered acceptable by 70 percent of the younger generation and has become a culture within a culture. There is a gay Bible called the New Queen James Version. There is a battle going on between biblical teaching and accepted cultural belief.

Some gays try to justify Romans 1, while some ex-gays say there is no way getting around that passage. A common argument is that there is some sort of “gay gene,” with a tendency toward homosexuality, even at a very young age. One thing for certain is that there is a “sin gene” called the sin nature in every human being, resulting in a natural inclination to do wrong and to justify human behavior. The Bible says to “crucify the flesh with its passions and desires.”

The battle is raging today with homosexuality, but meet one person who won the battle. His name is Michael Glatze. Michael was a gay rights activist who was the managing editor of Young Gay America, which became very popular in 2004. After a series of events beginning in 2005 he embarked upon a spiritual journey toward becoming a Christian. Romans 1:27 teaches, “And in the same way also the men abandoned the natural function of the woman and burned in their desire toward one another, men with men committing indecent acts and receiving in their own persons the due penalty of their error.” This verse really opened his eyes!

Michael left Young Gay America and said it was very difficult to heal from the wounds of homosexuality, but dropping that lifestyle was also a very liberating and beautiful experience. He then went on to attend Bible school to prepare for the ministry. He is now married to a lovely bride. On a very unfortunate and sad note, he has had death threats from the gay community and has to pray for his safety every day.

Michael has several web pages which give great advice for handling the continual discourse and controversy with the homosexual community.
)

John Livingston Clark is 67 years of age and lives in central Washington State. He has written two published books, and two published poems. His initial book is called, " God's Healing Hope: Breaking the Strongholds of Wrong Thinking." His second book, released in December of 2016, is a motivational book written to seniors titled, " Seniors: Are You Retiring or Recharging?" Both books are available on amazon. You can also view his writings on www.faithwriters.com. John is available to speak on a variety of topics. Visit me at jclarkministries.com
Previous Husbands love your wives
Next A Place for Hate