Breaking News
Home / Faith / I am “Samson”, Just Like You 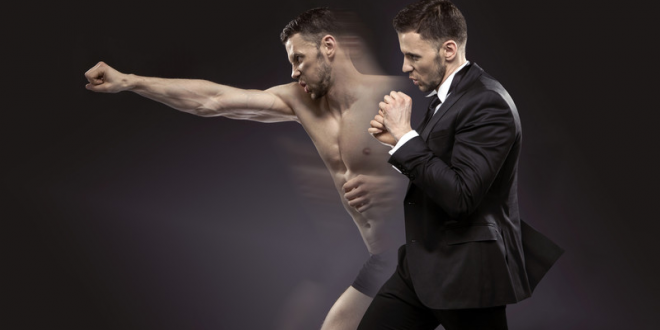 Character is important.  Not just because it pushes us, but because it also defines us.  Saying we were “created in the image of the Creator” is just the beginning.  We still have to branch off from our own personal genesis and decide who we really want to be.

It’s like a child getting a bucket of Legos.  You’ll likely see those Legos formed into a more complex design that reflects the child’s character, or they may just end up scattered all over the floor.  Either way, the kid is going to make a choice.  Will he be an artist or a safety hazard to an unsuspecting mom walking down the stairway?  One follows the original intent of the designer, and the other does their own thing even though it could potentially be dangerous.

But wait, there’s more!  Sometimes we fall somewhere in the middle of all that or maybe even shift back and forth from “designer” to potential “disaster.”  The thing is, there is no one way it has to be, and each option has its own consequence whether it be good or bad.

When people hear about Samson, they instantly think of some “Beast Mode” strongman, but there’s a little more to it than that.  You see, Samson was a man of both great faith and character.  In fact, He was a Nazirite, which means his faith was enmeshed with a special code he lived by (Jdg 13:5-7).  To put it simply, his strength was derived from his faith in God.

Samson was devastating.  To put it into perspective, this guy took on Philistines.  Your average Hebrew man would probably have easily been intimidated at the idea of confrontation with these burly men, but Samson’s character was different.  He could walk next to them and know he had the upper hand.  His problem was that he got too comfortable at times, let his heart wander, and took risks.  But that’s not entirely a bad thing and goes back to forming our identity through character.  If he wasn’t a bit reckless, then he wouldn’t have been the same guy.  Plus, by His own intent, God gave Samson that strength for a reason with full knowledge of how he would respond to it.  I’m telling you, God didn’t give Samson his strength so he could sit in a chair and knit all day.  He was meant to be a man of action.  Look at any judge in the Holy Bible, and they all are described as having a certain boldness about them.

Hebrews 4:14-15 Seeing then that we have a great high priest, that is passed into the heavens, Jesus the Son of God, let us hold fast our profession. For we have not an high priest which cannot be touched with the feeling of our infirmities; but was in all points tempted like as we are, yet without sin.

To take this a bit deeper, just reflect on how Jesus responded in the Garden of Gethsemane.  It could easily make many “top ten” lists for dramatic moments in the Bible.

Luke 22:42-44 Saying, Father, if thou be willing, remove this cup from me: nevertheless not my will, but thine, be done. And there appeared an angel unto him from heaven, strengthening him. And being in an agony he prayed more earnestly: and his sweat was as it were great drops of blood falling down to the ground.

Jesus was very much just like you and me in that He experienced life as it happened and He understood agony so much that He even reached the point of sweating blood.  I can guarantee you that Samson felt pressure similarly when his heart was challenged.  I mean, when someone has their wife asking them for seven days straight to tell them something, eventually they’re going to break (Jdg 14:17).

The Philistines didn’t play fair, so Samson lost his bet with them, but because of his own character, Samson returned the favor and then some.  In short, the dudes who won the bet got their coats, but thirty guys lost more than their coats so Samson could honor his word.  Of course we all know what happens next.  The feud continues between Samson and the Philistines (Jdg 15:4-6), eventually Samson becomes grieved by Delilah (Jdg 16:16), she figures out how to take away his strength (Jdg 16:17), and next thing he knows, he has both of his eyes plucked out (Jdg 16:21), and he’s chained between two pillars in a Philistine temple (Jdg 16:25-26).

God has an amazing way of dealing with us.  When the feud was happening between Samson and the Philistines, God had something much bigger in mind.  Sure, it was by Samson’s own choosing that led to his back-and-forth feud with the Philistines, and it was just a matter of time before they got the better of him.  You can have bulging muscles from head-to-toe, but eventually someone’s going to use their head and find a way to exploit you.  Before I go into the finale of this, please allow me to share one of my favorite scriptures:

Romans 8:28 And we know that all things work together for good to them that love God, to them who are the called according to His purpose.

God just kind of stood back during most of this, but He also was timing everything perfectly.  The final battle took place at the temple of Dagon (Jdg 16:23), and Samson was meant to be a sacrifice to the Philistine god.  This is where Samson had a heart-to-heart with God, and by grace Samson had his strength restored.  He then pulled down the two temple pillars holding him, and the amount of Philistines that he took out in that moment surpassed the number he had slain during his lifetime (Jdg 16:29-30).  Not only that, but it was essentially God showing His validity that He was the One True God.  Samson put himself in a terrible situation, and in a single event, God multiplied what was in Samson’s heart to something much greater.

There was a good reason that I wanted to bring up Samson when discussing faith and character, because Samson is very much a reflection of who many of us are.  We might not have super strength, but any of us can have a strong faith that resides in our heart.  Like a child with the Legos, we get to choose how we use that faith.  Maybe it’s building homes or even demolishing them.  If you use your gifts right and under God,  He is going to do something amazing with them.  You see, Samson’s strength was not entirely his own.  It was God’s strength put into him, and you have direct access to that same God who gives abundantly when we trust in Him (2 Cor 9:8).  Thank you for reading and God bless.

What is your super power and how can you sync it with your faith in God?

Joel M. Bauer is a 45-year-old U.S. Army Veteran from Dunn, NC, which is just outside of Raleigh. After being honorably discharged from the U.S. Army, he attended school at Taylor University, a Christian liberal arts school, in Fort Wayne, IN, where he received his BS in social work and psychology. He has worked in such places as a homeless shelter, a community based treatment center for severe mental illnesses, a school for troubled students, and other social service agencies. His current endeavor is to build The Bottom Line website into a site that inspires both Christians and non-Christians alike, and brings glory to God.
Previous Sole Dance–How to Please An Audience of One
Next Wake Up Early