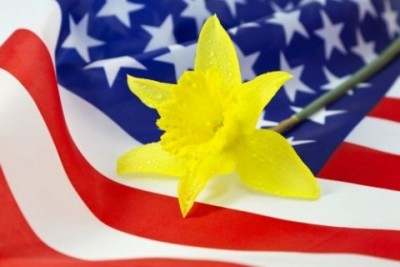 A Christian flower shop is being sued by the State of Washington for refusal to do a gay wedding. This is only one of many such cases  throughout the United States. Public sentiment is mixed on the issue. I recently spoke with Kristen Waggoner, Senior Counsel and Vice-President of Legal Services at Alliance Defending Freedom. She is the defense attorney for Barronelle Stutzman, the Christian owner of Arlene’s Flower Shop in Tri-Cities, Washington.

TBL: Is your client still open for business?

Kristen: Yes, but she is not permitted to do traditional weddings unless she does gay weddings, too, which is significantly hurting her business.

TBL: Is she paying fines, getting threats, and hate mail?

Kristen: She is getting hate mail and has received threats to burn down her building.

TBL: The Seattle Times mentioned that your client emphasized that the WA State Constitution has a phrase, “freedom of conscience in all matters of religious sentiment.” Does this apply in this case, and if so, it appears that the WA State Attorney General did not take this into account. What is your response to that?

Kristen: Americans cannot be coerced into actions that go against their religious beliefs. The attorney general made a decision contrary to the state constitution.

TBL: The plaintiffs were satisfied, repeat customers that went elsewhere to do their business. Why then did they choose to publicize this on facebook?

Kristen: One of the men posted that she had a right to do what she did.  The attorney general found out about it and initiated legal proceedings. Then the ACLU became involved.

TBL: Being repeat customers proves that your client has not discriminated against gays. It was only the wedding that was the issue. Why does the attorney general have a problem with that?

Kristen: I don’t know of any cases where there has been a refusal to serve gays. It’s participation in their weddings that is the issue.

TBL: What is the next process in this case?

Kristen: An appeal, which was filed on April 27.

TBL: Some people are comparing these types of cases to the civil rights movement. What is your response to that?

Kristen: That is ridiculous. There is no comparison.

TBL: Do you see the possibility of the U.S. Supreme Court making a ruling on these kind of cases?

TBL: How can Christians best take a stand for religious expression?

Kristen: Laws being passed by the states are a positive step. The local level, however, is where many laws are being passed that can negatively impact religious expression. Christians must know what laws will do and become conversant on the issues. A big problem is government trying to tell people what they must say.

TBL: How many cases does ADF have right now?

Kristen: We have cases coming in every day.

Author’s commentary: These types of cases fit what it says in Acts 5:29. In response to a government body telling the disciples that they could not teach in the name of Jesus, Peter said, “We must  obey God rather than men.”  How can you become involved on the local and state level to support Christian religious expression?  Are there any cases in your local area for which you need to take a stand?

John Livingston Clark is 67 years of age and lives in central Washington State. He has written two published books, and two published poems. His initial book is called, " God's Healing Hope: Breaking the Strongholds of Wrong Thinking." His second book, released in December of 2016, is a motivational book written to seniors titled, " Seniors: Are You Retiring or Recharging?" Both books are available on amazon. You can also view his writings on www.faithwriters.com. John is available to speak on a variety of topics. Visit me at jclarkministries.com
Previous He Loved the Unlovable, But How Do I?
Next Restoring Holiness in Holy Matrimony