Breaking News
Home / Faith / Is God Picking On Me? 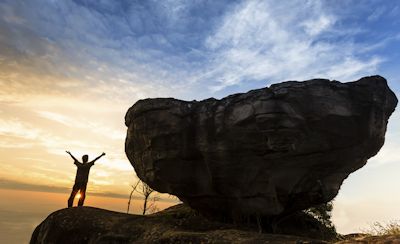 Is God Picking On Me?

Is God Picking on Me?

Sometimes life doesn’t appear to make sense. We cry out to God and when He appears to us it seems that He drops a rock in our path. However, I would assert that these “rocks” are just tests of our faith and are usually the result of a greater blessing than what we originally sought when seeking God’s Hand.

So to put this in perspective, lets look at a the life of Moses. Now the Holy Bible tells us in Number 12:3 that Moses was the most humble man on the face of the earth. His name means to “draw out” or “deliver”, which was exactly the story of his infancy through his adult life. As he was drawn out of the Nile River as a baby and He delivered God’s people to the borders of the promised land after they fled Egypt.

Moses was adopted into pharaoh’s family after being drawn out of the Nile. He became a Prince of Egypt but eventually fled in fear after he killed a man who was beating a Hebrew slave. Little did he know, God was going to push him to his limits and drive him back to Egypt to deliver the children of Israel.

So one day the Lord ordained to drop one of those rocks in Moses’ path that I had mentioned earlier. In fact, God did this directly by speaking to Moses through a burning bush. You can read about this encounter in Exodus 3 & 4, as it is a very powerful passage to behold. But to summarize, the Lord tells Moses “I AM THAT I AM”, and that Moses is to go back to Egypt to deliver the Hebrew people. Moses was afraid, but God gave him some reassurances to include a rod, a spokesman in his brother Aaron, and a guarantee that the children of Israel would be released after God works His wonders.

Of course afterwards a series of important events take place. Moses travels to Egypt with Aaron to confront the pharaoh who refuses to release the Hebrew people due to his hardened heart. God releases ten plagues on Egypt, with the tenth plague being the death of the first born for those who did not honor the Passover. This final plague leads to the release of the Hebrews.

Many events take place in the life of Moses following the deliverance of his people to include the Red Sea crossing, the Ten Commandments, and the notorious striking of the rock that kept Moses from entering the promised land. He was even present at the Transfiguration of Christ. All these events took place in a man who was thought to be meek, because the Lord knew he could do great things if he just had a little faith.

So, next time you think the Lord is picking on you, just remember the life of Moses. More than likely God has something planned for you bigger than what you were looking for. It may take a little work and you may even struggle a little, but there is certainly a blessing right around the corner. God bless.

Joel M. Bauer is a 45-year-old U.S. Army Veteran from Dunn, NC, which is just outside of Raleigh. After being honorably discharged from the U.S. Army, he attended school at Taylor University, a Christian liberal arts school, in Fort Wayne, IN, where he received his BS in social work and psychology. He has worked in such places as a homeless shelter, a community based treatment center for severe mental illnesses, a school for troubled students, and other social service agencies. His current endeavor is to build The Bottom Line website into a site that inspires both Christians and non-Christians alike, and brings glory to God.
Previous “I AM”
Next Our Thank You Card