Breaking News
Home / Faith / Job Suffered Much Because He Was Good 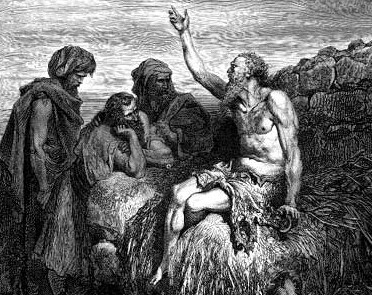 Job Suffered Much Because He Was Good

“He will yet fill your mouth with laughing, and your lips with rejoicing.” Job 8:21 (NKJV)

Job suffered much because he was good.  He served His Lord and he obeyed His commands.  He took care of what God had given him.  He loved his family, and He raised his children well.  Yes, Job was a good man.  And because of that, he suffered much.

Satan was looking for someone to bring trouble upon.  This is what he does every minute of every day.  He had been walking back and forth on the earth.  This is what he told God when He asked him where he had come from.

God knew what Satan was up to.  He knew he would pounce on the weakest of men, but that what he really wanted was a man who said he loved God, who vowed to obey God, and who had a sound reputation as a man of God.  In this way, Satan believed he would have the upper hand over God.

But God already had a plan.  His plan involved His servant Job.  He literally handed Job over to Satan, to be sifted.  He was given total power over him, God only forbid him to touch his person. In other words, Satan could take anything that belonged to Job.  But he could not take his life.

The very first thing Satan took was Job’s animals, his donkeys and his oxen.  He used the ancient people called Sabeans, who attacked Job’s property, stole away the animals, and in the process killed many of his servants with swords.  Then his camels were taken by the Chaldeans and more servants were killed.  And then his sons and daughters, who were eating and drinking in their oldest brother’s house, were killed when a wind came and the house fell on them.

Job suffered greatly from these losses.  But this was only the beginning.

Soon Satan attacked his health.  He developed painful boils all over his body.  During his suffering from this malady, his wife became angry, and spoke the words that would have made any godly man turn from his God, “Curse God and die!”  But not Job.  Instead he lectured his wife, telling her she was foolish.

Jobs troubles continued on, seemingly without end.  His friends came to be with him, but this was not a comfort to him, as most of them insisted he must have done something to anger God.  But Job knew he had not sinned, and he was not going to sin.  While admitting to how he was feeling, how anguished he was, still he did not assign blame to God.

Then his friend Bildad spoke words of repentance … Job’s repentence.  He felt that Job was blaming God, simply because he lamented his circumstances.  Then he said the words that are in the opening verse, and more.  Because Bildad knew the goodness of God.  Even though he thought Job had sinned, he was right about those things God does.

There is so much more that went on with and between Job and his friends.  And between Job and God, which is the most interesting part.  Because in the end, Job knew his God still loved him. And he knew that he was a good and solid man.  He saw God bring goodness and plenty back into his life, restoring all he had lost, and even more.  He truly saw the faithfulness of His Lord.

We all experience loss.  We all go through periods of heartache, loneliness, feelings of worthlessness.  But we can also feel joy, and laughter, and happiness.  When we feel all these things with God in our lives, then we can see there is good in all of it.  Because without the trials, without the heartaches, we would never really appreciate the joy and the laughter.  He brings it all, and along with it, He shows us the worth and the reward of obedience and love.

“Whenever we are troubled and life has lost its song, it’s God testing us with burdens just to make our spirit strong!”  — Helen Steiner Rice

How has suffering helped you to grow your faith in the Lord?  Please go to www.mystoryofgrace.com and share your experience with us!

Lili lives in central North Carolina. She writes devotionals and Christian articles and has been published in e-magazines, newsletters, and articles. She is a member of Faithwriters.com. She and her husband Chuck love to travel, and are animal lovers as well. They are active in their local church. Lili credits God for any inspiration that allows her to write. It's all about Him!
@@ohiolili
Previous Caitlyn Jenner: God and Transgender
Next You Are Never too Dirty to Get Clean