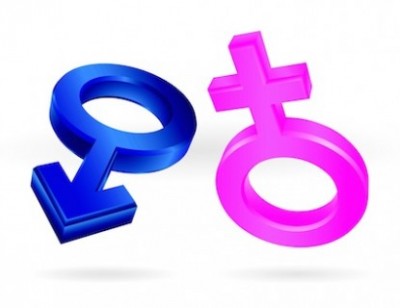 Bruce Jenner was put to rest this year, in order to give birth to Caitlyn Jenner. After many years of struggling with gender identity, Bruce finally decided on being a transgender. Let’s take a look on two definitions of the word “transgender.”

Based on these definitions, it can be concluded that with transgender lies a discrepancy between the cognitive and God’s “assigned” sex organ. Is the flaw with an individual’s perception and knowledge? Or is it with God’s design? It’s a fact, God does not make mistakes. If He can create this entire world from nothingness, then I’m sure if He created you with a specific sex organ, He meant to—no discrepancy there. That leaves the cognitive aspect. Still, it may not be that simple. There are cases when a child grows up in a nuclear family and has never been exposed to anything relating to transgender or homosexuality, yet that child struggles with sexual identity.

In Bruce Jenner’s 20/20 interview with Diane Sawyers, he revealed that since his youth he had dealt with gender dysphoria, a significant discontent with the sex and gender assigned at birth. Jenner cross-dressed for many years and even did hormone replacement therapy for a while. In addition, prior to her new identity as a woman, he was married three times. Clearly, Bruce was not content—until he became Caitlyn. She had this to say on her Twitter page that broke world records when she got over one million followers in a little over four hours:

“I’m so happy after such a long struggle to be living my true self. Welcome to the world Caitlyn. Can’t wait for you to get to know her/me.”

Allow me to ask two troubling questions: “Can a yearning or desire become so strong that it fools the brain into believing it’s a natural need or way of being?” And, “Did God intentionally create humans who appear to be men on the outside but are women on the inside, and vice verse?” I do not have the answers. But I do know that sin has the power to distort thinking, and I am certain that God personally created us all.

“Before I formed you in the womb I knew you, before you were born I set you apart … ” (Jeremiah 1:5)

How would you minister to a transgender?

Amelia Brown is from the beautiful island of Jamaica. She is a 28 year old Guidance Counselor by profession, but a passionate writer at heart. Most of her articles written are aimed at stimulating positive change under the guidance of the Holy Spirit. She is also a published poet and a member of Faithwriters. Outside of writing, she enjoys volunteering, cooking, and turning frowns right side up. Amelia currently lives in New York.
@ameliambrown
Previous How to Protect Your Relationships from the Enemy
Next Job Suffered Much Because He Was Good