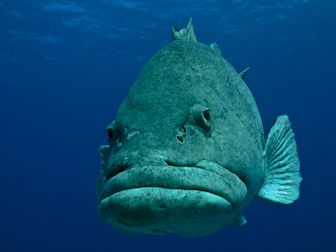 Jonah 2:1-2 Then Jonah prayed unto the LORD his God out of the fish’s belly, And said, I cried by reason of mine affliction unto the LORD, and he heard me; out of the belly of hell cried I, and thou heardest my voice.

The story of Jonah certainly provides proof that anyone can be used by God to accomplish His will. When we read this story we read numerous times about the unsavory habits of Jonah which include disobedience and selfishness. It’s not until He feels threatened that he is willing to cry out to the Lord. Yet, God used this man not only to save a city, but also to symbolize the time Christ would spend in the belly of the earth.

The story begins when God speaks to Jonah, telling him to go to Nineveh. Instead, Jonah decides to head down to Joppa and catch a ship heading to Tarshish. He really believed he was going to escape the call the Lord had put on his life. Little did Jonah realize that the Lord was going to bring forth and mighty tempest within the sea. When the seamen casts lots to identify the culprit, Jonah was identified as the problem, so he was cast overboard and gobbled up by a great fish.

Jonah’s new predicament did not fare well with him. He cried out to the Lord and the great fish was directed towards Nineveh. After being spit out on to dry land, Jonah received word from the Lord to continue on towards Nineveh and preach the word the Lord had given him. At this point I’m sure Jonah was shaking in his boots, so he did not argue with the Lord. He headed off to Nineveh.

After about a day’s journey, Jonah reached Nineveh and preached the good word the Lord had given him. The people were very primitive. It is said they could not tell their right hand from their left. The people instantly heeded the word that was spoken to them. They fasted, wore sackcloth, and declared the Living God. God seen their repentance and forgave them, so no disaster came to the city.

Jonah had other thoughts of Nineveh. He was still ready for it to be destroyed, so he found himself a nice spot outside the city and waited to see what might happen. The Lord caused a gourd to grow up out of the ground and over Jonah’s head. Jonah loved the gourd for the shade it provided. However, God also prepared a worm to destroy the gourd.

The worm destroyed the gourd and allowed for the sun to strike Jonah’s head, so that he fainted. This made Jonah wish he were dead when he came to. God then chastised Jonah as to how he could love the gourd that he did not labor for, yet he could not expect God to show mercy towards the people of Nineveh, who had repented.

Friends, Jonah isn’t exactly a good example of what a Christian should be. He would listen when things were stacked against him, then complain or try to go in a different direction when he thought God wasn’t looking. However, God still used this man to save a whole city of people who were on their way to destruction. God can use any of us, it’s just best when we do things His way. That way we do not end up miserable or confused like Jonah. Let’s love the Lord and empathize with those who need salvation. Let’s be ready to show mercy and be obedient when God calls us forward. If you run in the opposite direction, God’s probably just going to send a great fish or a worm your way to get you back on track, and you won’t like that. Thank you for reading and God bless.

Joel M. Bauer is a 45-year-old U.S. Army Veteran from Dunn, NC, which is just outside of Raleigh. After being honorably discharged from the U.S. Army, he attended school at Taylor University, a Christian liberal arts school, in Fort Wayne, IN, where he received his BS in social work and psychology. He has worked in such places as a homeless shelter, a community based treatment center for severe mental illnesses, a school for troubled students, and other social service agencies. His current endeavor is to build The Bottom Line website into a site that inspires both Christians and non-Christians alike, and brings glory to God.
Previous Youth Baseball In Seattle Is A Big Hit
Next Dad Build me a Rollercoaster