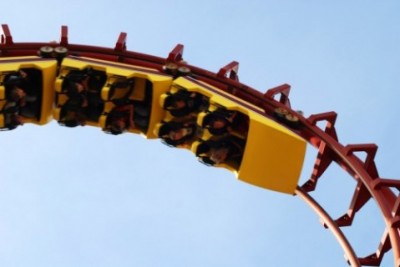 Dad Build me a Rollercoaster

The E-commerce consultant has been a proud father of a 10-year-old son and a 12-year-old daughter. The roller coaster project blossomed from an awesome ride called “Kinga Ka” located in an amusement park in New Jersey. Lyle was a little down having to go back to school after he experienced that awesome ride back east. He then popped the million dollar question to dad. They began the project in September, 2013 finishing the final touches in March,2014. The whole construction cost Will 3,500 dollars.

Will Premble chronicled the whole building project step by step on various videos on” You Tube “and he recorded the journey in his blog titled: “The Coaster Dad Project” in this blog he wrote extensively of the ups and downs and the whole emotional experience of building the roller coast. He told of the mental processes he imagined before he put his actual ideas into action. Visit his blog at http://www.coasterdad.com to read this wonderful journey of love. Will said he was open to building more projects like the roller coaster for his kids. He said that many kids in the neighborhood asked if he would build a roller coasters in their backyards. He mentioned people asked him if he would build roller coasters for them. He said that he would consider another career.

Greg is a born again believer who testifies to the absolute transforming power of God's word. Greg has been called to full time ministry and He has known Jesus for most of his life. Greg received his degree in Pastoral Ministries from what was formerly Bethany University in Santa Cruz,California. View Greg blogs on iwriteforjesus.com. Greg has a book published on " To Jesus Christ the High Priest of my confession: A personal Testimony." find it on http://www.amazon.com/Christ-Priest-Confession-Personal-Testimony/dp/1507706847/ His testimony in short form is published in "Trials and Triumphs II" on http://www.amazon.com/Trials-Triumphs-II-FaithWriters/dp/1498416012/. This book is filled with 50 inspirational testimonies and is a project of Faith Writers.
Previous Jonah: Obedience and Disobedience
Next Fear Not !