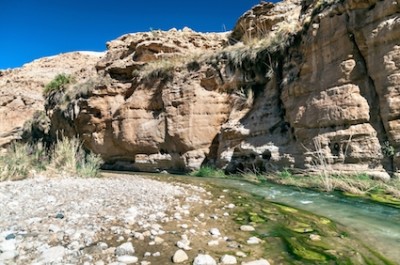 Keys To Receiving Your Heart’s Desire

Every word of the Bible is meant to give instruction and inspiration to the reader.  The story in the Old Testament book of 2 Kings 5:1-27, is no exception.  It gives us an important look into the keys of receiving from God.  This particular story centers around Naaman, a man of very great importance to the King of Syria; Naaman’s servant, a kidnapped, young, Israeli servant girl to the wife of Naaman; Elisha, the prophet of God; and Elisha’s servant.  From significant to seemingly insignificant, each real life character’s involvement made way for the perfect, God-ordained outcome.

All good stories (even real ones) have an aspect of conflict.  In this case, Naaman’s health was the problem.  Even though he was a high ranking, proud, honorable man, much to his dismay, Naaman had leprosy.  As would be true of most of us, when Naaman heard about the possibility of a healing, he desperately wanted to receive it. (Matthew 19:26)

God had complete control of all the circumstances–as always.  He made sure the servant girl reported to Naaman’s wife Elisha’s ability to bring recovery and healing to Naaman.  He made sure the letter sent from the king of Syria to the king of Israel on Naaman’s behalf, asking for healing, ended up in the hands of Elisha who could show God’s power.  God made sure Elisha instructed his lowly servant, Gehazi, to deliver to important Naaman the instructions needed to receive the healing he desired. (Isaiah 55:8)

Seems like a simple enough story.  Right?  Yes, except for the second conflict which involved Naaman’s overly zealous sense of importance.  He considered himself too important to be addressed by a servant and to be asked to do something which simply involved dipping into the dirty Jordan river.  Ugly pride entered the picture and threatened to steal Naaman’s healing opportunity.  Had it not been for his servants, who talked Naaman into “giving it a try”, leprosy would have been the death of Naaman.  Wisely, the army captain took the counsel of his servants, humbled himself, and received his healing by dipping seven times–not six, not eight–in the dirty Jordan river.  (Proverbs 19:21)  After rising up from the water the seventh time, the Bible says Naaman’s skin was like a baby’s.

Our stories often follow the same pattern as Naaman’s:

1. Various people in our lives play a significant role in the end result.

2. We must believe and trust God.

3. We must remove God from the proverbial box where we try to control Him.

4. We must trade our pride for humility.

Then, when these elements are in play, we can send our faith riding into the picture on the back of action and obedience to receive our desire.  Whether God ordains a simple or elaborate process in answer to our heart’s desire, all the above steps come into play. (Romans 8:28)  Here’s to receiving your God-ordained outcome!

What have you been desiring to receive from God and found it illusive?  Where might pride be hiding?  Might you have God in a box? How can you humble yourself and let God be God?

I just love walking outdoors - day or night. I identify most with the creative side of God and am energized by His artistry all around this world. He amazes me every time I turn around! Yeah, God and thank you, Jesus.
Previous How Important is Sexual Compatibility?
Next Is It Possible for God to Use the Dregs?