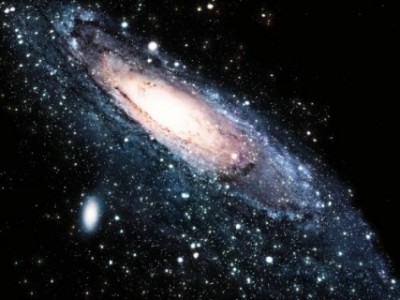 I saw a bumper sticker today that said, ‘I’m stuck in this awful place between birth and death’—certainly sounds hopeless doesn’t it? Well, I suppose that’s one way of looking at it. Perhaps I can shine a little light on the subject. There’s a scientific word originating from the Latin root form called ‘Limina’; meaning threshold, transitional period, or occupying positions on both sides of a boundary.

Liminal, first introduced in early 20th century, marries social and scientific understanding of space and time. It seems to me the Apostle Paul had a longing or inkling of an eternal dominion when he penned:

“For me to live is Christ [His life in me], and to die is gain [the gain of the glory of eternity]. But I am hard-pressed between the two. My yearning desire is to depart (to be free of this world) and be with Christ, for that is far, far better; but to remain in my body is more needful and essential for your sake” (Philippians 1:21-24 Amp).

By the way, my husband has opportunities of understanding this word too, since he’s delivered thousands of babies over thirty-five years. Fully dilated and in labor, he knows the lady’s pregnancy will end by birthing process. Bordering between a fetus dependent upon momma and a newborn, the baby reaches transitional stage. Finally, entering the world, breaking forth from womb-life, the infant breathes on its own.

Interesting concept for sure with a spiritual connotation and here’s a little more. The Franciscan Priest Richard Rohr, author of ‘Falling Upward’, called this waiting position, liminal space. He described it as a posturing submission; quietly listening and sitting in God’s presence while holding nervous thoughts or fears. The Psalmist named it Selah and faithful father Abraham’s ‘not knowing whither’ (Hebrews 11:8).

All that to say this: God sees His children ‘already sitting in heavenly realms’ according to Ephesians 2:6 with believers living in two domains and everlasting life beginning the moment we accept Christ. We occupy our post here physically on earth and remain on the brink looking forward to and awaiting Jesus’ return. In a moment, in the twinkling of an eye, at the sound of the last trumpet call, transformation takes place from here to there (1 Corinthians 15:52).

I’m hoping the person who wrote that bumper sticker will seek God and the hope He alone can give.

Darlene enjoys farm life in rural southern Georgia USA
Previous Honoring Your Parents: A Commandment with a Promise
Next People of God Vote