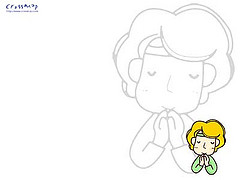 Do you sometimes wonder; ‘I’ve labored without success and spent my strength for nothing? It’s no use, I’m not getting anywhere.’ What about the particular vocation you’re serving, does it appear insignificant? And, the road you travel feel lonely, cramped and forgotten? Well, my friend, take heart because you’re running with the right crowd.

Consider, a widow’s mite, a boy’s sling and stone, a pearl of great price, five loaves and a few fish, Moses’s rod, Rahab’s red cord, a mustard seed, a grain of wheat, baby Jesus—many times, seemingly inconsequential things lead to big opportunities and used for miraculous purposes when led by the right source. How about Israel’s most famous King?

Unassuming and nearly forgotten, he grew up a common shepherd-boy in Bethlehem. By divine guidance, Samuel went to Jesse’s home intending to anoint a king. Ironically, all the brothers were presented before him except little David. Busily protecting sheep from predators, David contented himself under the starry nights, meditating on the Lord’s goodness. Eventually, he physically reigned as King but David’s spiritual Kingdom lives forever (Psalm 18:50).

Another case, among countless others, is a young slave girl in second Kings chapter five. This Jewish captive realized her master Naaman had a deadly disease. Politely, the thoughtful handmaiden told Naaman’s wife of a prophet in Israel who worked miracles. Immediately, Elisha sent God’s words of instruction to Naaman, Captain of Syria’s Army. Afflicted with leprosy, Naaman reluctantly obeyed Elisha and dipped in the muddy Jordan seven times. His skin became restored like a newborn baby’s flesh (2 Kings 5:14). We see here, God ordained a lowly bondmaid as a miraculous conduit between heaven and earth!

Finally, I’m compelled to mention how Jesus supernaturally taught heavenly wisdom by using ordinary, common people and objects: a towel and wash basin for foot-washing, a coin taken from a fish, turning water into wine, spittle and dirt for a blind man’s eyes, a whip driving out money-changers, birds of the air, lilies of the fields, and the list goes on.

So, what does this mean for us? We might agree with the Psalmist,“The Lord is my chosen and assigned portion, my cup; You hold and maintain my lot” (Psalm 16:5 Amp.) Let’s rejoice in the cards we’re dealt, our lot in life, and even our meager supplies and offer them to the Lord with thanksgiving. Then, He can orchestrate something extremely resplendent through our feet of clay. Little is much when God is in it!

“Does anyone dare despise this day of small beginnings? (Zechariah 4:10 Message)