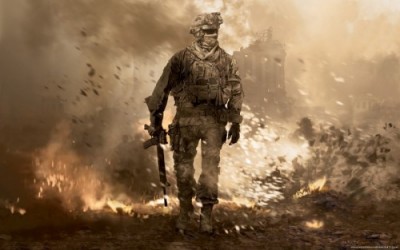 You are home alone. Something makes an unusual sound that you have never heard before. Bump. You jump up off the sofa and your mind wanders to the worst-case scenario. Maybe it’s a ghost! But, ghosts can’t be real, can they? I mean, are ghosts really real? No, but demons and evil spirits are very real! So real, that you may not realize how much your life intermingles with these demons on a daily basis. Sounds crazy? Not really when you get to the root of what exactly I am talking about. Stick with me and let me explain.

Whether you like it or not, we are engaged in an all out spiritual warfare with fallen angels, evil spirits, or demons. All three are in reference to the same notion, unclean spirits. Don’t believe me? Then take it from a highly reliable source, the Bible. In the Book of **Ephesians, chapter six verse twelve, God states, “For we do not wrestle against flesh and blood, but against principalities, against powers, against the rulers of the darkness of this age, against spiritual hosts of wickedness in the heavenly places.” In this passage, there are four important things about our spiritual enemy.

So what exactly does all of this mean? What it means is that Satan has a highly organized kingdom here on earth. He is the head ruler of the world. (Remember the fall in the garden-His way to become ruler). He is The Prince of Darkness, and he has assigned ruling spirits over areas such as nations and cities. (See Daniel Chapter 10).

Also, demons are given authority over their assigned territory to “carry out whatever orders have been assigned.” Moreover, Satan’s soul intention is to control. “Satan is referred to in scripture as ‘the god of this world’ (2 Cor. 4:4). He has control over this word since God has given him authority to rule.

Finally, Satan is destructive and evil with one objective in mind: “The thief comes only to steal and kill and destroy;” (John 10:10)

Have I made you think about life on a daily basis a little differently? I hope so. I pray that the ideas in this article would motivate you into action; specifically action to engage in this spiritual warfare.

Stay tuned for the next article as I focus on instances of engagement into spiritual warfare.

** References were made from Pigs in the Parlor: The Practical Guide to Deliverance by Frank and Ida Mae Hammond

is an author and editor for The Bottom Line Ministries as well as a member of Faith Writers. Currently she teaches high school language arts. She is a mom to four amazing blessings and enjoys every moment life has to offer. Renee has a fervor and drive to learn, she loves to read and spend time with her family, and is involved with her local church ministries. Humbled by God’s gift of words, she has a passion to write what the Holy Spirit has placed in her heart. She hopes to publish her in-progress book someday, but in the meantime, is honored to be placed as part of the TBL writing family and is holding on to the ride wherever God is leading. Renee and her family reside in their country home in Holland, Iowa.
Previous Playing Pranks …Waging War
Next Little Is Much