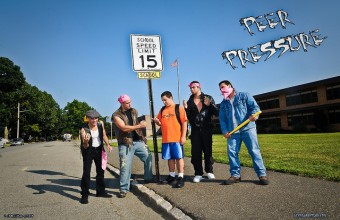 “All scripture is given by inspiration of God, and is profitable for doctrine, for reproof, for correction, for instruction in righteousness:” ~ 2 Timothy 3:16

While serving as youth leaders over the last few years, we have seen so many hurts. This old world has broken every child, even the ones who have been raised in church, causing this generation to lose hope, but as we often remind our teens, God still cares.

The Bible says in Hebrews 13:8 that God is “the same yesterday, and today, and forever.” We see His love so clearly in the Bible, and this verse assures us that we can still count on Him today. When life throws challenges, we can look to the Bible for some living examples of people who thrived through God’s love despite the world’s cruelty and peer pressures. A few examples are listed below:

1) In Genesis 16:1-16, we discover an example of God’s compassion for those who have been wronged. Hagar was a slave who was forced to carry her master’s child. After suffering abuse from her mistress, she ran away. Desperate and alone, she gave up. God saw Hagar’s pain and heard her cries. He reached down and offered hope. He promised that her child would be blessed and would grow up to father a great nation. His descendants, the Arab nations, still exist today. In Hagar’s life, we see that God will make a way through the problems in this world to offer us complete restoration!

2) In Genesis 21:1-21, we find the story of Ishmael, a teen whose father rejected him because of his step-mother’s jealousy. Ishmael’s dad sent him and his mother out into the desert with a few rations of food and water. Survival was a slim chance, yet his father orchestrated this move. Imagine his hurt and rejection at this betrayal from the very person who should have been protecting him! When the supplies ran out, Ishmael and his mother thought life was over. They cried out to God. He heard their prayers and showed them where to find water. Ishmael’s story shows that when we have faith in God and seek His face, He will provide our needs!

3) In Joshua 2, we read the story of Rahab, a prostitute God saved from her position, from death and from eternal damnation. When the Jews came to the Promised Land to claim God’s inheritance, they sent out spies. The king of that area found out about the spies and sought to kill them. Believing in God, Rahab hid the spies and facilitated their escape. When the Jews came to war with her people, they defeated them and killed everyone except Rahab. The Bible says: “Joshua saved Rahab the harlot alive, and her father’s household, and all that she had; and she dwelleth in Israel even unto this day” (Joshua 6:25). Rahab shows us that God does not hold our pasts against us, but when we surrender them to Him and choose a life of faith, He forgives us and sets us free!

Who is your example? Who has served as a living example to help you through whatever you are facing?

Heidi Lynn has a passion for women's ministry and can be found writing at Chronicles of a New Creation. Heidi believes that as Christian women, we were created to serve our families, our churches, and our communities. With this calling in mind, she writes and speaks about organization in homes, families, and spiritual lives.
Previous The Four Blood Moons, Israel, and Current Events
Next Part 2: A Purposeful Blessing