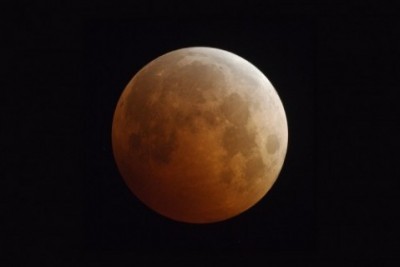 We are in the time of the Four Blood Moons. The first two happened last year. The next two will occur on April 4 and September 28, 2015. Some Christian Bible scholars and pastors have said that something significant will happen in relation to Israel. The skeptics have mocked the people who support such a view. Who is correct, and will something big, indeed, come about? It is God’s intention to draw all people into His kingdom. He is doing this in a variety of ways, one of which could be to intervene supernaturally.

Events concerning Israel coinciding with blood moons is not based on conjecture but rather on historical precedence. There are three recorded instances. In 1493-94 a series of four blood moons occurred during the Edict of Expulsion, which banished all Jews from Spain who refused to convert to Catholicism. God provided a safe haven for them when Columbus discovered America. Another recorded series was in 1949-50. This is the time during which Israel became a nation and dispersed Jews started returning to a place they could call home. The most recent event of blood moons was during the Six Day War in 1967-68 when Israel gained new territory against incredible odds, and was reunited with Jerusalem.

The current episode of blood moons began when NASA predicted them. The Jewish calendar revealed that they would be happening on high holy days, which make them even more significant. There was no way this could be a coincidence, scholars proclaimed. Combined with a solar eclipse on March 20 and other events on the Jewish calendar, make this an extremely rare event. This series of blood moons is only the fourth one in a little over 500 years!

A series of blood moons has been called a warning that God is up to something. Genesis 1:14 mentions four reasons why the sun and moon were created, one of them being “signs.” Luke 21:25-26 draw a connection between “signs in the sun, and moon, and stars and upon earth dismay among nations…men fainting from fear and the expectation of the things which are coming upon the world…”

Based on the above scripture the timing is right on the nose. The current political and religious condition in the Middle East is a time bomb ready to explode. Historical precedence, biblical support, the timing with the Jewish calendar, and current events, all taken together, would seem to indicate that God is going to intervene on behalf of Israel. Added to this is that 2015 is a Jewish Shemittah year. It is comparable to a seventh-day rest when a special year is devoted to strengthening their bond with G-D, as well as honoring his omnipotence and kindness.

An encore showing of the “Four Blood Moons “movie will be showing in theaters nationwide, on April 9, 2015.

Do you believe there is a God who intervenes in history, humanity, and human hearts, and if so, how? How seriously do you take the Four Blood Moons? If all of this is true, what do you think could happen for the nation Israel?

John Livingston Clark is 67 years of age and lives in central Washington State. He has written two published books, and two published poems. His initial book is called, " God's Healing Hope: Breaking the Strongholds of Wrong Thinking." His second book, released in December of 2016, is a motivational book written to seniors titled, " Seniors: Are You Retiring or Recharging?" Both books are available on amazon. You can also view his writings on www.faithwriters.com. John is available to speak on a variety of topics. Visit me at jclarkministries.com
Previous Is it Time for Spiritual “Housecleaning”?
Next Living Examples for Teens