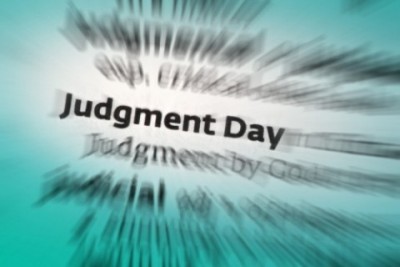 Living Waters’–Noah and the Last Days

Living Waters.com exists to proclaim the Gospel; plus to inspire and equip people to fulfill the Great Commission. The Great Commission is located in Matthew 28:18-20(NCV)—18) Then Jesus came to them and said, “All power in heaven and on earth is given to me. 19) So go and make followers of all people in the world. Baptize them in the name of the Father and the Son and the Holy Spirit. 20) Teach them to obey everything that I have taught you, and I will be with you always, even until the end of this age.” References to the Great Commission are also located in Mark 1:17; Mark 16:15-20; Acts 1:8; Acts 14:21-22; and in Colossians 1:28-29.

Noah’s true life story started in Genesis 5:29 (when he was born) until Genesis 9:29 at his death at 950 years old. Then the genealogy of the Sons of Noah is continued from Chapter 10:1.

Ray Comfort (from The Way of the Master) spoke with atheists, people who professed to be Christians, people who didn’t care one way or the other, and there were also unconcerned people who didn’t want to listen at all. There is a lot of misconception of the Bible and falsified facts that misled a lot of people. They were turned off by hypocritical television evangelists, false prophets and just a lot of excuses of why they don’t believe.  It is sad to see all of the truly lost people there still are in this world.

Ray asked them if they believed Noah and the Ark was true. Most said, “No.” Some thought it was impossible to get all those animals on the boat. Ray gave them facts and mentioned that all of the feline species was represented by one pair of cat (whether it be a domesticated cat, tiger, lion, cougar, or whatever)-so that narrowed the hundreds of felines to one pair. Then there was one pair that represented the canine species (from Chihuahua to Great Dane), etc. So instead of thousands of different species, it ended up just hundreds which made it possible after all. They compared the size of the ark to three football fields long and high. That is a huge boat. One person thought Noah was swallowed by a whale and thought that was impossible. (It was Jonah, not Noah).

Ray asked the people if they thought the end of the age was happening now. Just like in the days of Noah, people of today go about their merry way and ignore the signs of the times. The skeptics and scoffers said that it has always been like this, people have always talked about the end of the world and some said it was supposed to end in 2012, but it didn’t, etc. They don’t believe that we are in the last days yet. The warning signs were discussed and a lot of the people didn’t care or didn’t want to hear it or didn’t want to bother listening at all. Matthew 24:7 tells of warning signs that are happening now in the 21st Century—people need to be aware of these things.  It is really hard to see how people can be so unaware and not even care about the near coming of Christ and their imminent eternal future.

This was an excellent 30 minute segment and I recommend all to watch it.  There was so much more importance discussed that I didn’t include. Such as the salvation messages, and Hollywood being a glorified pimp who pays people to take their clothes off in R-rated movies, the blaspheming of our Lord’s name, etc. It all boils down to the fact that we need to reach a lot more people for Christ before His return.

I have always enjoyed writing little things, poems, devotionals, little short stories and bible studies. I love God and want to glorify His name and I love praising Him. I live in upstate New York with my Chihuahua-Snowball. My children are grown and left me with an empty nest. I have lots of time on my hands and love to fill it with God's Word.
Previous Well Said, Paul
Next Can Hobby Lobby Win in the Supreme Court?