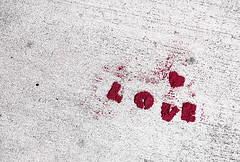 More than likely, you’ve heard the phrase ‘love makes the world go round’. Don’t know if it’s true though, but one thing’s certain; the depth of God’s love is revealed by that wonderful word, ‘whosoever’ (John 3:16). God’s love flows inexhaustible and lays foundation for our ability to love. Notice with me please, how a favorite son in the Old Testament exemplified close resemblances to Jesus.

Jacob, son of Isaac, was renamed Israel by God, and had twelve sons. Ten brothers preceded Joseph “Now Israel loved Joseph more than all his children…and his brothers hated him (Genesis 37:3-4 NKJV). About age seventeen, Joseph received two powerful God-given dreams that foretold the role he’d play in sustaining the Hebrew nation. (Psalm 105:17). After Joseph revealed the night-visions to his family, the jealous and hate-filled brothers conspired murder, but sold him to traveling merchants instead. Eventually, the young dreamer became property of an Egyptian official named Potiphar.

Together with leaving his homeland, his mother dying and the possibility of never seeing his father again, Joseph must have felt deep despair and loneliness. Moreover, he probably struggled making connection between the wonderful dreams and his actual experiences. During his crisis of faith and all the unjustified punishments, God proved faithful “They hurt his feet with fetters, he was laid in irons…the word of the Lord tested him” (Psalm 105:18-19 NKJV).

Young Joseph’s trials, both inwardly and outwardly, lasted until God’s purpose and destiny manifested itself. His strife culminated when lustful (Potiphar’s wife) used seduction but he answered, “How can I do this great wickedness and sin against God?” (Gen 39:9 NKJV). Even though Joseph went from a palace to a prison, God’s merciful grace brought comfort and Joseph learned son-ship rather than victimization (Genesis 39:21). Operating from the strength and power of this son-ship, Joseph forgave his wicked enemies “You intended to harm me, but God intended it all for good” (Gen 50:20a NLT).

By divine providence, these miseries equipped Joseph for the deliverance of many lives including his birth family. We see shadows of Jesus in Prince Joseph’s life—loving, saving, forgiving and preserving God’s covenant-remnant. Similarly, once we know how deeply we’re loved as children of the Most High God, we’re able to offer hope, love, forgiveness and most of all kindness to others. We love because He first loved us (1 John 4:19).