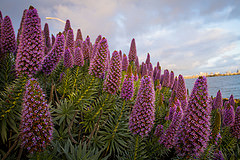 Simultaneously, as the congregation sang ‘Amazing Grace,’ I walked the church aisle and gave my heart to Jesus. I was nine. Honestly, I didn’t understand the meaning of Newton’s hymn, but it was the sweetest song I’d ever heard. And, I followed the divine pull. Nowadays, I think of grace as ‘God’s more-than-enough-ness.’ No matter the predicament, He’s sufficient. Another exceptional writer, George Matheson, lived in the 1800’s. Only a teenager, George’s poor eyesight deteriorated further. Not to be denied, he continued with plans to enter graduate studies. During that time, he became totally blind. His sisters rallied, assisting in Greek and Hebrew. He pressed faithfully on, but had a collapse of spirit when his fiancée, unwilling to marry a blind man, broke their engagement and returned his ring. Broken hearted, he remained stedfast in ministry. Later, Matheson became one of Scotland’s favorite preachers and best known for the hymn, “O, Love That Will Not Let Me Go.”

In the Bible, Job is considered the oldest book. It opens with a brief description of the man, his possessions, and his family. Finally, after Job and his friends (if you can call ’em that) fail to solve an age-old question ‘why the righteous suffer’, God spoke from a whirlwind. For reasons unknown, He doesn’t answer that enigmatic query. Instead, He revealed Himself—all-powerful, omniscient, righteous, and perfect in all His ways. God’s message then, as now, is the same. He makes known to us ‘Who’ He is. However, He doesn’t owe us explanations or justifications for His actions “For I am God, and there is no other, I am God, and there is none like me” (Isaiah 46:9 ESV). He is ‘other’ than everything else. Uncreated.

Although Job’s losses were beyond understanding, he believed God “Even though He slay me, yet will I trust in Him” (Job 13:15). Indeed, God’s loving grace is stronger than death (John 3:16). It’s a kind of mercy that’s difficult to fathom—deeper than the oceans, higher than we dare climb, and wider than undiscovered universes. Yet, tender enough to ache when a sparrow falls to the ground (Matthew 10:29).

Turns out, our extremities are God’s opportunities. John Newton, George Matheson, and Job placed complete assurance in the Lord. Even though they didn’t know all the facts or purposes for their existence, they believed Him. Newton knew he was a wretch but God receives glory and honor every time ‘Amazing Grace’ is sung. Matheson, though alone and unmarried, gave his life to the only One strong enough to hold and never let go of him. Lastly, wisdom brilliantly shines in the book of Job. Too much to comprehend. Dear people, this same amazing grace carries you and me, all the way, safely home. How might this powerful Love change your life today?

Darlene enjoys farm life in rural southern Georgia USA
Previous How Does God See You?
Next The Real Truth About Bad Grades