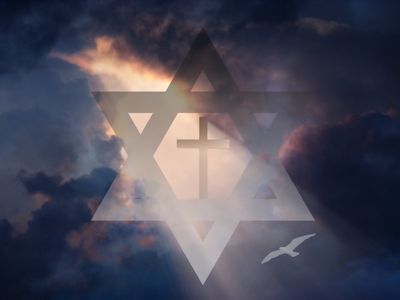 Many Jews in Israel are now recognizing that Jesus of Nazareth is their longed-for Messiah. Because of spiritual blindness and persecution for thousands of years, turning to Yeshua has not been a welcome opportunity. This is beginning to change dramatically, so much so that it is being likened to the New Testament times.

Over the years several Christian Jewish organizations have been ministering in Israel and other countries. A couple of examples are “Jews For Jesus,” and “Chosenpeople.com.” These outreaches are causing many Jews to consider the claims of Christ. Since Israel became a nation in 1948 not only has there been a big influx of Jews entering their homeland, but many are accepting Jesus as their Messiah, especially in the United States. In Israel alone there are presently 150 congregations totaling 15,000 converted Jews worshiping Yeshua as the Messiah. They include Gentiles but are led by Jews. The meetings contain the music and style of worship associated with their culture.

Messianic Jews are being better received and gaining more acceptance. Due to the wars and high taxes to help pay for defense many needs exist in their nation. The Jewish believers are providing food, clothing, and medicine to those in want.  A recent popular television program showed Shabbat being observed by a Messianic family.

The nation of Israel needs our prayers. We know their peace and security is a constant concern. We also know that God’s hand of protection is upon them. This was proven in the recent war with Hamas when God supernaturally deflected incoming enemy missiles. God has a divine agenda for their land and for his people, and we know from Bible prophecy how it is going to turn out in the end.

Many exciting things are happening. Plans are in the works for the next temple. A red heifer was born in the United States in the early part of 2014 and is being raised according to strict Jewish regulations just in case it turns out to be the perfect red cow required for sacrifice.

This is all fulfilling prophecy. Let’s pray that more Jews will come to recognize Yeshua as their Savior and Messiah in time for His soon appearance.  The big increase in converted Jews is very significant because from them will come the 144,000 missionaries that will evangelize the world during the Tribulation Period.

Even so come, Lord Jesus. Shalom.

John Livingston Clark is 67 years of age and lives in central Washington State. He has written two published books, and two published poems. His initial book is called, " God's Healing Hope: Breaking the Strongholds of Wrong Thinking." His second book, released in December of 2016, is a motivational book written to seniors titled, " Seniors: Are You Retiring or Recharging?" Both books are available on amazon. You can also view his writings on www.faithwriters.com. John is available to speak on a variety of topics. Visit me at jclarkministries.com
Previous You Are Greatly Loved
Next Psalm 78:4: What’s Your Story?