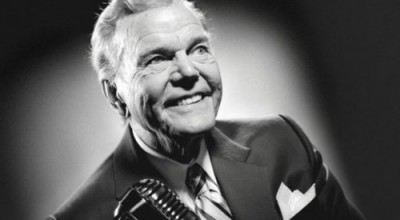 Scripture reports over 50 prophets of Israel.  God used these prophets to connect with the people He had created.  Prophets spoke for Him giving the messages He intended for groups and individuals (Deuteronomy 18:18).  His greatest desire throughout all time has been to enjoy a one-on-one relationship with us-His handcrafted workmanship.  Since Jesus died on the cross and made the Holy Spirit available to convey God’s messages to us, prophets have been more rare.  Still, there are occasions where someone carries God’s words, sometimes unknowingly, to ears attuned to the subtle sounds of His voice.  In 1965, Paul Harvey, the infamous radio commentator, quite unknowingly carried God’s words to a nation needing to awake from a deep spiritual sleep.  God saw the need for people to awake and take action against the subtle attempts of the enemy to deceive and imprison them (1 Peter 5:8).  Unfortunately, many either did not hear or didn’t discern the truth of his words (Deuteronomy 18:22).

On Paul’s April 3, 1965 radio show, he decided to tell people how he would overthrow a nation if he were the Devil.  Obviously,  Paul diligently perceived the signs of his times and had given the topic very serious thought, and in my opinion, was divinely inspired.  Much of what he stated has come to pass within the last 50 years.

Paul declared that if he were the devil, he would use great deception to turn the truths of God upside down and inside out.  He would call right, wrong and wrong, right and convince people that humanity created God and not the other way around.  He would urge people to do as they please and to avoid extremes in religion, patriotism, or moral correctness-just keeping the status quo.

Paul imagined that if he were the devil, he would make lurid reading and X-rated television [and movie] viewing irresistible and addicting.  He would urge people to be less diligent in their work habits and marriages affording them opportunities to find interesting things to do with their idle hands and idle time.  He would placate people with narcotics, alcohol, and pills so they would be less aware of his evil intent stirring around them (Ephesians 5:1-7).  He would put atheists and anti-God people in places of power and lure preachers into confessing “she’s right”.

If I were the devil, Paul continued, I would oust God from the schools, court rooms, houses of Congress and finally churches.  I would turn the church’s gatherings into psychology sessions of self help.  I would use flattery and the promise of power to lead administrations to promote pornography and all types of destructive behaviors (Genesis 3:1-6).   Paul admitted that if he were the devil, he would replace holy holiday symbols with Santas and reindeer and bunnies and eggs.

Finally, thinking like the devil, Paul would take from those who work hard and give to those who don’t want to work, thereby quenching the desire to produce for those with integrity and aspirations.  The resulting police state would then force everyone to work, culminating in separation of families, children in uniform, “women in coal mines, and objectors in slave camps”.

In other words, concluded Paul, “If I were the devil, I would just keep on doing what he is doing.”

Oh, Lord, have mercy on your people, on this United States of America.  Open our eyes to the lies and the deceit that lurks around us with purposeful, evil intent.  Awaken us from slumber and move us to shake free in Jesus’ name.  Dress in Your armor and ready us for battle.  Have mercy, Almighty God.  Amen.

What are you seeing today that supports the truth of Paul Harvey’s prophecy?

I just love walking outdoors - day or night. I identify most with the creative side of God and am energized by His artistry all around this world. He amazes me every time I turn around! Yeah, God and thank you, Jesus.
Previous Why Should I Strategically Organize My Kitchen?
Next Embracing the Comfort of the Rod and Staff