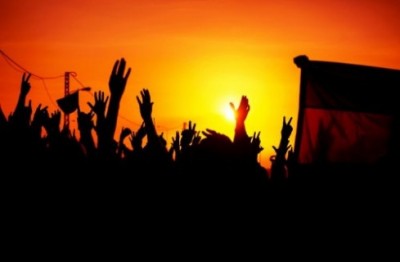 A question that Christians in America need to start asking is, “Will I be a part of a peaceful demonstration if my right to religious expression is taken away?” Mike Huckabee recently said, “We are moving rapidly toward the criminalization of Christianity…where criminal charges for a person who defies a new government norm, a new legal norm” could result when it comes to a refusal to compromise one’s beliefs.

If the U.S. Supreme Court decides in favor of same-sex marriage, Christians could become a “hated minority,” a phrase that was used in a discussion on a Family Talk radio show, hosted by James Dobson. A group of Christian leaders has already proclaimed that “we will not obey” and are calling for peaceful civil disobedience.

Already Christians are losing jobs and businesses because they are taking a stand for their beliefs. Cases are coming in to Alliance Defending Freedom every day, but it is not limited to only the homosexual issue. According to journalist Matt Barber, “The secular left’s utter disdain for both our Creator and His faithful followers is fast approaching critical mass.”

There is, of course, nothing wrong with demonstrating peacefully with no violence and provided it does not infringe upon the right of others to move freely. Instructions of law enforcement officers must be obeyed. In other words, don’t block traffic or entrances to businesses and residences. The question is, would you do it out of defiance toward a law that is against your Christian beliefs? What if, in so doing, you faced being arrested?

We must put our confidence in the love and grace of God, trusting Him to meet our needs. He wants us to be faithful. God has demonstrated His love so much for each one of us. Will we deny Him to conform to the laws of a court? Should not our love for God be the driving force, as it says in II Corinthians 5:14-15, “For the love of God controls us…that they who live should no longer live for themselves, but for Him who died and rose again on their behalf.” Christians are going to have to begin living like those in the  Book of Acts-boldly, no matter the outcome, and like Peter, who said to the authorities,  “We must obey God rather than men” (Acts 7:14).

The upcoming expected vote in favor of same-sex marriage will not only reflect a belief of nine men and women, but will also be a test for Christians in America, who have been living in a comfort zone for too long. It will be a cross that some will have to bear. Matthew 16:24 says, “If anyone wishes to come after me, let him deny himself, and take up his cross and follow me.” What are some laws that you would not obey in order to stand for your religious convictions? How can Christians defy a law but at the same time show God’s love to those who oppose us?

John Livingston Clark is 67 years of age and lives in central Washington State. He has written two published books, and two published poems. His initial book is called, " God's Healing Hope: Breaking the Strongholds of Wrong Thinking." His second book, released in December of 2016, is a motivational book written to seniors titled, " Seniors: Are You Retiring or Recharging?" Both books are available on amazon. You can also view his writings on www.faithwriters.com. John is available to speak on a variety of topics. Visit me at jclarkministries.com
Previous Be a Healing Balm
Next Homeschooling With Pizazz – Getting Started