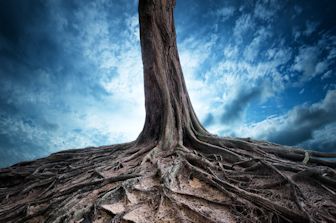 Matt 13:3-9 And he spake many things unto them in parables, saying, Behold, a sower went forth to sow; And when he sowed, some seeds fell by the way side, and the fowls came and devoured them up: Some fell upon stony places, where they had not much earth: and forthwith they sprung up, because they had no deepness of earth: And when the sun was up, they were scorched; and because they had no root, they withered away. And some fell among thorns; and the thorns sprung up, and choked them: But other fell into good ground, and brought forth fruit, some an hundredfold, some sixtyfold, some thirtyfold. Who hath ears to hear, let him hear.

Friends, “The Parable of the Sower” is one of the most important parables in the Holy Bible. So important that Jesus even took the time to break it down so that everybody listening would understand. Why? Because the soil we allow ourselves to be planted in is so important because the root is where Satan and his minions like to attack. Their goal is to devour, scorch, or choke you out. However, if you can plant yourself in good soil, the fruit you will bare is countless.

Lets take a few moments to look at the four soils:

Soil #1: This soil is where the seeds fell by the wayside and were devoured. This represents when the word is given to someone and it doesn’t reach their heart. Since it’s not rooted properly, the enemy comes in and snatches it up and devours it. It’s like it was never there to begin with.

Soil #2 This soil is where the seeds fell on to rocky places and did not have much earth. Eventually they get scorched and wither away. This represents people who receive the word with joy but as soon as they face trials and tribulations, they abandon the word because they fear what people may say or do to them. What was once in them dries up and withers away. They become their former selves or possibly fall into an even worse state.

Soil #3 This is the soil in which the seeds feel into thorns. This represents people that receive the word, but end up getting choked by the cares of the world and its material riches. The person ends up becoming unfruitful because the word becomes overshadowed by the persons care for their desires and wealth.

Soil #4 This is the soil in which the seeds fell on to good ground. The seeds prosper and multiply many times from their original state. This represents those who hear the word, understand the word, and lock it away in their hearts so it can be protected. The ability for it to multiply is limitless. This is the soil we need to be rooted within.

So, those are the four soils. We needs to make sure we are planted in the good soil and if you are not there now you need to consider transplanting yourself into some good and holy soil. Remember, lock the things of God away in your heart where Satan can’t get to them. James 4:7 puts it nicely:

In closing, I just want to say, no matter who you are and where you’re at, it’s not too late to put yourself in good soil. If you’re in good soil now, then great. Keep tending the word in that good soil and you’ll continue to prosper as you have been. Thank you for reading and God bless.

Joel M. Bauer is a 45-year-old U.S. Army Veteran from Dunn, NC, which is just outside of Raleigh. After being honorably discharged from the U.S. Army, he attended school at Taylor University, a Christian liberal arts school, in Fort Wayne, IN, where he received his BS in social work and psychology. He has worked in such places as a homeless shelter, a community based treatment center for severe mental illnesses, a school for troubled students, and other social service agencies. His current endeavor is to build The Bottom Line website into a site that inspires both Christians and non-Christians alike, and brings glory to God.
Previous What Is Truth?
Next Do not Mix Light with Darkness