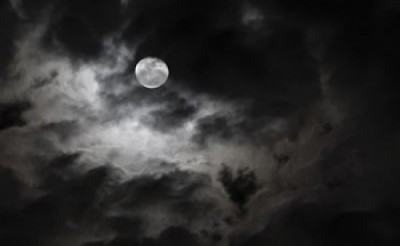 Teens, The Occult, and Witchcraft

Google recently announced there has been a 300 percent increase in online searches for Ouija boards. They were also on the 2014 Christmas “must buy” list. The movie, “Ouija,” was a huge success at the box office. These are all clear indications that attraction to the occult is rising dramatically.

Interest in the occult has been building over the past decades, especially enhanced with books like the “Harry Potter” series. An article in July of 2000 was entitled, “Harry Potter Books Spark Rise in Satanism Among Children.” Now, fifteen years later, these young children are teenagers. What a person reads does have an effect. Don’t say it is just another book. I know of a lady who used to be a real witch. She told me that Harry Potter is pure witchcraft all the way through. Not only does reading affect you but all media does, over time. A steady diet of this kind of subject matter can eventually seduce a person into a life of the occult. It is true that you can become what you think about continually.

I am not saying that “Harry Potter” started it all because occult practices have existed for centuries, but notice a progression. The book, then the movie, now Ouija boards. What’s next, more witches? It actually began back in Genesis. Revelation 20:2 identifies the serpent in the Garden of Eden who deceived Eve, as Satan. It clearly states, “the serpent of old, which is the devil and Satan.”

We are engaged in a spiritual battle it says in Ephesians 6:12. Take this with II Corinthians 4:4 where it states that Satan has blinded people’s eyes to the truth. This does not stop with the secular world. I know “Christian” kids who are being lured into it. I heard on a radio broadcast not too long ago that some youth pastors were letting their young people read “Harry Potter” at church!

Satanism, witchcraft, the occult, whatever you want to call it, has become a serious problem. It is making inroads into our public school system. In Lansing, Michigan, the Detroit chapter of the Satanic Temple set up a “Snaketivity Scene” which shows a “snake offering a book called, ‘Revolt of the Angels’ as a symbolic gift…the snake is wrapped around the Satanic cross…” This was done as an alternative to Christmas! True, they have a right to freedom of expression, but we didn’t see this kind of thing even a few years ago. And why are not organizations like the Freedom from Religion Foundation decrying this like they do Christianity? Satanism is also a religion.

People are being brainwashed to become softened toward Satanic worship. It is all leading up to the worship of the anti-Christ mentioned in Revelation. After all the horrible judgments upon the earth and individuals, it says in 9:20-21 that “the rest of mankind, who were not killed by these plagues, did not repent of the work of their hands, so as not to worship demons…and they did not repent…of their sorceries…”

The occult and worship of Satan is only going to increase. In the end Satan and his demons will be defeated, however, by the power of God and his angelic host. Read Revelation 20:1-3 and 10, to find out what will happen to Satan.

God gave mankind his Son, Jesus, over 2000 years ago, to show us how to live righteously and to offer a free gift of salvation. Many people have still chosen to wallow in sin and to worship godlessness because of pride, self-reliance, and rejection of God. Satan is taking advantage of this to bring people into his kingdom.

John Livingston Clark is 67 years of age and lives in central Washington State. He has written two published books, and two published poems. His initial book is called, " God's Healing Hope: Breaking the Strongholds of Wrong Thinking." His second book, released in December of 2016, is a motivational book written to seniors titled, " Seniors: Are You Retiring or Recharging?" Both books are available on amazon. You can also view his writings on www.faithwriters.com. John is available to speak on a variety of topics. Visit me at jclarkministries.com
Previous Got Solid Food? A Look at Spiritual Maturity
Next Three things God’s word will do for you